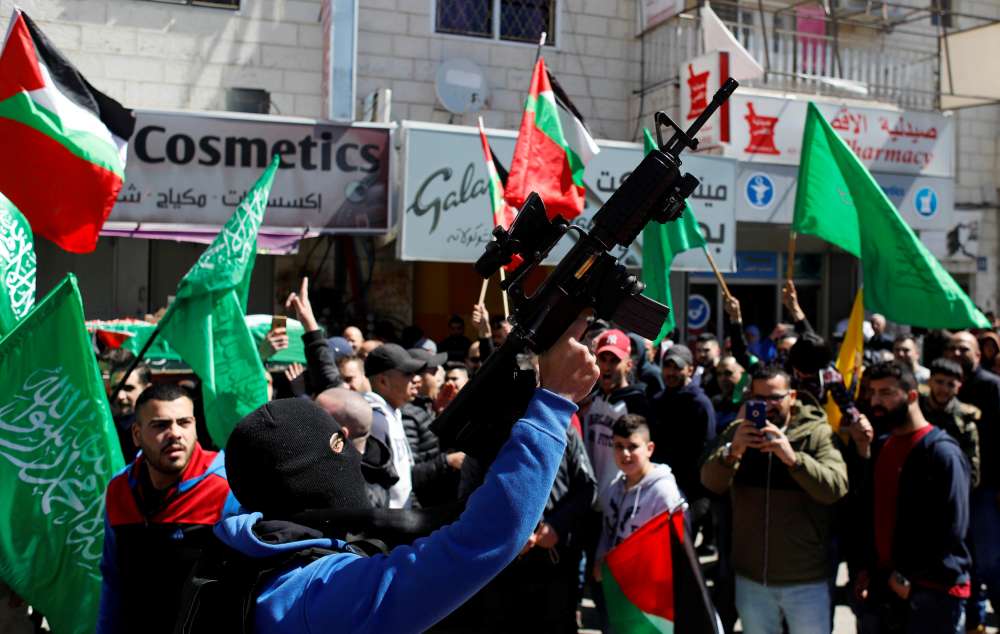 Israeli forces shot dead a Palestinian and wounded 42 others taking part on Friday in weekly protests at the fortified Gaza Strip border, the Palestinian health ministry said, after days of rising tensions along the frontier.

The Israeli military said over 8,000 Palestinians took part in the demonstration, throwing rocks and explosives towards soldiers, and that some tried to breach the fence into Israel.

A spokesman for the military said troops “responded with riot dispersal means and fired in accordance with standard operating procedures”.

Cross-border violence has increased in recent days. Israel‘s military said on Thursday it had carried out air strikes on a compound belonging to Hamas, the Islamist group that controls Gaza, after explosives attached to balloons were launched from the coastal enclave towards Israel.

Egyptian officials, who have frequently brokered ceasefires between Israel and Hamas, have been shuttling between the sides to try to restore calm, a Palestinian official told Reuters.

Gaza health authorities said some 200 people have been killed since Palestinians launched weekly border protests on March 30 last year. They are demanding the right to return to land from which their ancestors fled or were forced to flee during Israel‘s founding in 1948.

About 60 other Palestinians have been killed in other incidents, including exchanges of fire across the border. An Israeli soldier was shot dead by a Palestinian sniper along the frontier and another was killed during an undercover raid into Gaza.

Israel says it has no choice but to use deadly force at the protests to defend the frontier from militants trying to destroy the barrier and infiltrate. But its tactics against the protests have drawn international condemnation.

Israeli Prime Minister Benjamin Netanyahu rejected the report and accused the U.N. Human Rights Council, which launche the probe, of hypocrisy and lies fuelled by “an obsessive hatred for Israel“.

Gaza is home to 2 million Palestinians, around 70 percent of whom are refugees from the 1948 Middle East war or their descendants, according to UNWRA.

Israel and Egypt imposed a security blockade on the enclave after Hamas seized control of it in 2007, which the World Bank says has reduced the Gaza economy to a state of collapse. Israel has fought three wars against Hamas in the past decade.