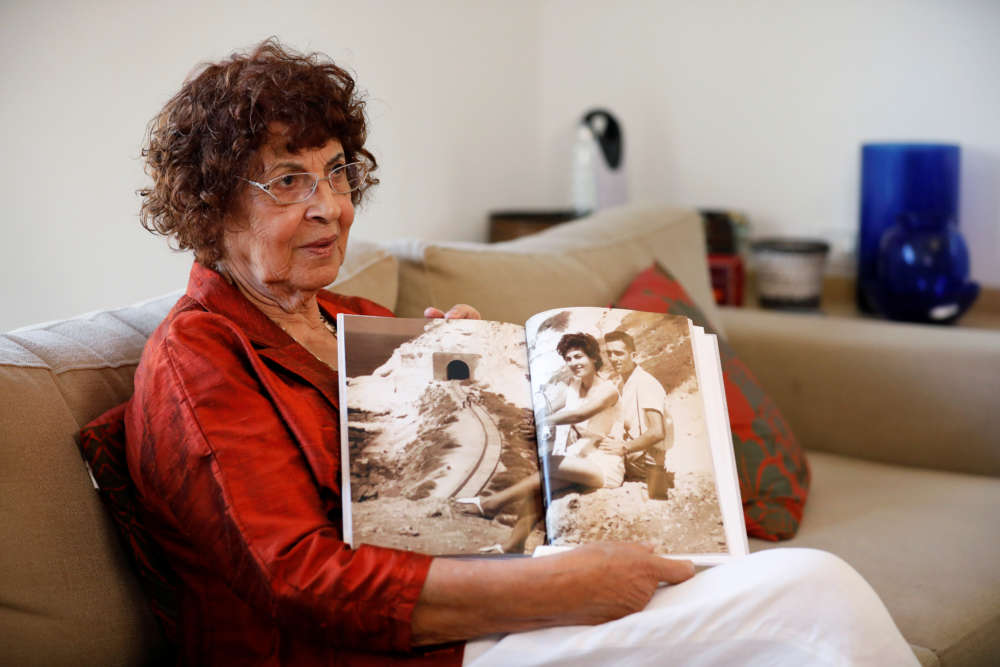 A Netflix drama about Israeli spy Eli Cohen, who infiltrated the Syrian government in the 1960s and was later executed, has received a mixed review from his widow.

Nadia Cohen, 84, said she was hurt by parts of the mini-series “The Spy” because they bore no relation to the truth, although she hopes the dramatisation might help in recovering her late husband’s remains from Syria.

“The Spy” depicts Egyptian-born Cohen – played by Sacha Baron Cohen – as an ambitious, Arabic-speaking immigrant to Israel who is recruited by Mossad and, overcoming his fears and the strains on his family, infiltrates the Damascus high command by posing as a rich scion of the Syrian diaspora.

Cohen was exposed and executed by Syrian authorities in 1965. Israel credits information he relayed with helping it defeat Syria in a 1967 war.

Nadia Cohen said liberties taken in some parts of the script “raise my blood pressure”.

She cited one sub-plot showing her struggling to work as a seamstress for an Israeli socialite while raising the Cohens’ children alone, and another where a Mossad handler takes a romantic interest in her while her husband is away under cover.

“Someone wanted to bring things into the mix that really hurt us,” she told Reuters in the sitting room of her home in the Israeli coastal city of Herzliya, where framed black-and-white pictures of Eli adorn the mantelpiece. “(This) could have been a great, Zionist, educational series (about) love of country, sacrifice and about his life and my life, my children.”

Still, Nadia, who wept during the interview, said the renewed interest in her husband more than a half-century after his death was a good thing.

“It is possible, that (the family will have) this anger for two or three more weeks and then we will see it as something that revived Eli, gave him a soul so he lives again among this nation,” she said.

Israel has long sought to repatriate Cohen for burial from Syria, with which it remains technically at war. In April, with Russian intervention, Syria returned the remains of an Israeli soldier killed fighting there in 1982. Last year, Mossad said it had recovered Eli Cohen’s watch as part of its quest for his body.

“I would kiss and hug all of this (Netflix) production if that’s what would bring Eli to me. I would be grateful. It would be the biggest gift and compensation of our lives,” Nadia said.

“He was charming and irresistible. So any woman who saw him (would think): ‘Why shouldn’t he be my husband, or my daughter’s groom?'” Nadia said. “But Eli was faithful.”

The role was an unusual one for Sacha Baron Cohen, who is better known for fictional comic characters such as bumbling Kazakh reporter Borat.

Nadia said she was “not impressed” when she first saw pictures of Sacha Baron Cohen, wearing Borat’s famous man-thong.

However, she said the British actor in his role in “The Spy” tried “very hard” to get Eli right, “though it (the portrayal) was not precise”.