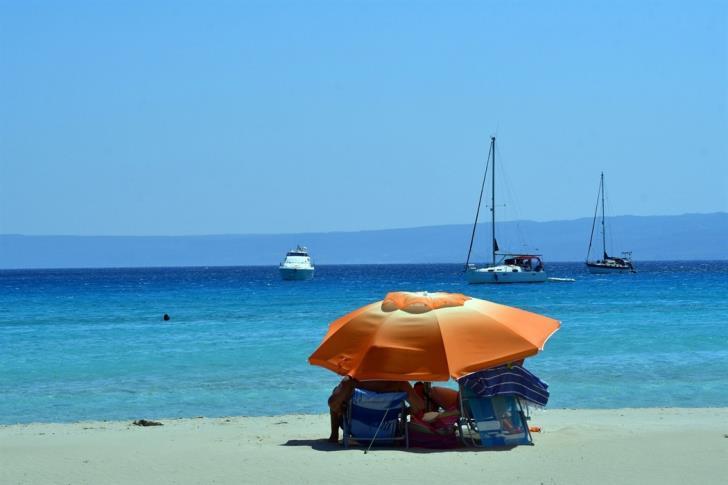 With the coronavirus pandemic already taking a toll on the sector,  the Tourism Ministers of Israel, Greece and Cyprus have been discussing a proposal to create a safe zone for tourism between the countries, the Jerusalem Post reports.

All three countries have been relatively successful in curbing the spread of coronavirus.

The paper said Israel is cautiously examining the Greek initiative, which would not go into effect at least until mid-June.

The discussions on the matter are in very early stages and Israel is still checking whether such a safe zone would be possible, a Foreign Ministry source said.

The logic behind creating an Israel-Greece-Cyprus zone is that people are less likely to be willing to travel far in the coming months, but may be more open to visiting neighbouring countries.

Foreign Minister Israel Katz spoke with his Greek counterpart Nikos Dendias on Tuesday about “the improving coronavirus situation in our countries and continued economic cooperation,” Katz wrote on twitter.

Greek Tourism Minister Harry Theoharis said “Israel is one of our strategic targets for the reopening of tourism in Greece. As a result, we have already started discussions and preliminary phases on how to align our hygiene standards and protocols which will allow travel to resume between the two countries. This is still early stages, but we are very hopeful that we can come to a mutual agreement.”

Israel Director of the Cyprus Tourism Organization Louisa Varaclas said “tourism is very important to us and we are working towards” starting the industry up again.

“We just started lifting [lockdown] measures yesterday and taking it two to 2.5 weeks at a time. At the end of every stage we check the situation and then move on. Based on that, the opening of tourism and flights will hopefully take place around mid-June. That is the target,” Varaclas said.

This week, Cyprus’s government began holding meetings with the different parts of the tourism industry to set the conditions by which hotels, airlines and others can operate.

“Our first concern is not only with bringing in tourism, but we want the tourists to be safe and our people to be safe,” Varaclas added.

By In Cyprus
Previous articleUpdate: Police arrest youth who says shot sister by accident
Next articleMan stabbed to death in Evrychou