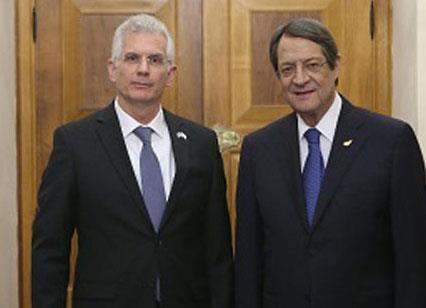 Israel is following closely and with concern Turkey’s intentions to drill in Cyprus’s southern EEZ, the Ambassador of Israel to Cyprus Sammy Revel said in a post on Twitter on Monday.

Moreover he noted  that “friends should stick with each other.”

#Israel is following closely and with concern Turkey’s intentions to drill in #Cyprus’s southern EEZ .
Friends should stick with each other.@CyprusMFA