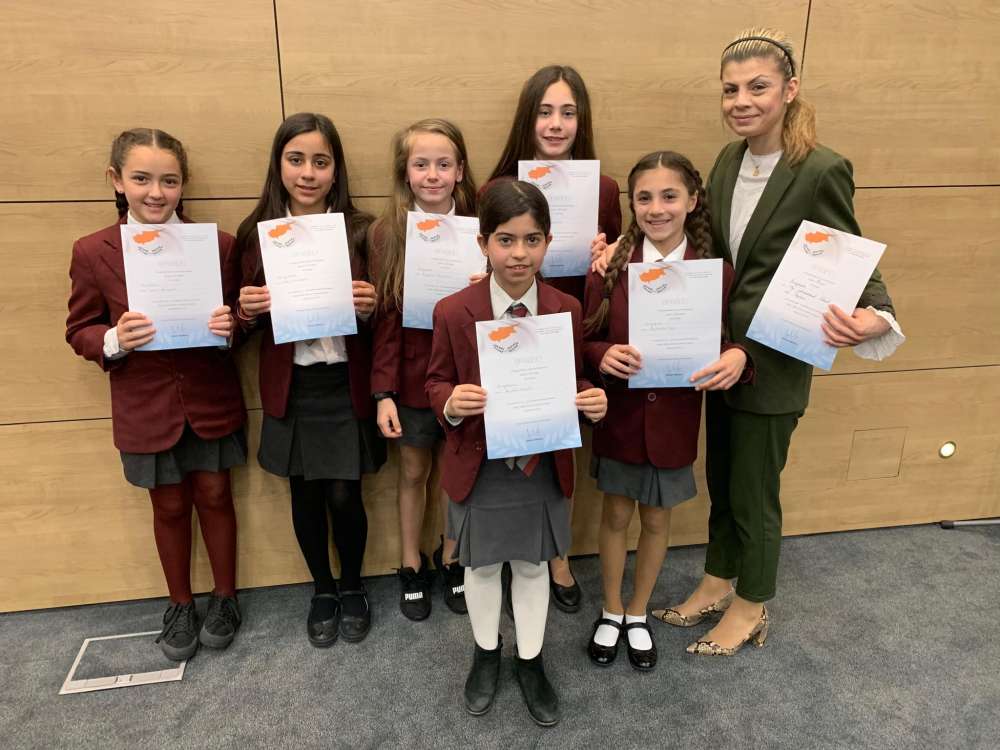 The International School of Paphos (ISOP), won third prize in the “short story” category of the Panhellenic Educational Programme “Greece-Cyprus-Diaspora: Educational bridges”, for its pupils’ entry with the short story “Wish it was a dream”.

They wrote “Wish it was a dream” with the support and supervision of their teacher Eleana Charalambous. The short story addresses the events and consequences of the Turkish invasion of Cyprus, spreading the message that Love and Justice are two concepts that can surmount any bad acts and end the war.

Approximately 14,500 students from 245 schools in Greece, Cyprus and the diaspora participated in the 2018-2019 Educational Programme, with around 1.850 projects.

The awards ceremony for the schools was held in Nicosia on April 19. The programme, which is implemented under the auspices of President Nicos Anastasiades and was approved by the Ministries of Education & Culture of Greece and Cyprus, aims to create an “educational bridge” between Greece, Cyprus and the diaspora, which will boost cooperation among all Hellenic schools.

The International School of Paphos extends its congratulations to the six students and their teacher for their dedication and hard work that made this award possible, earning another major distinction for their school.

By In Cyprus
Previous articleCMP recovers human remains in Stylloi village
Next articleTotal and ENI set to expand their presence in Cyprus’ EEZ, according to government sources