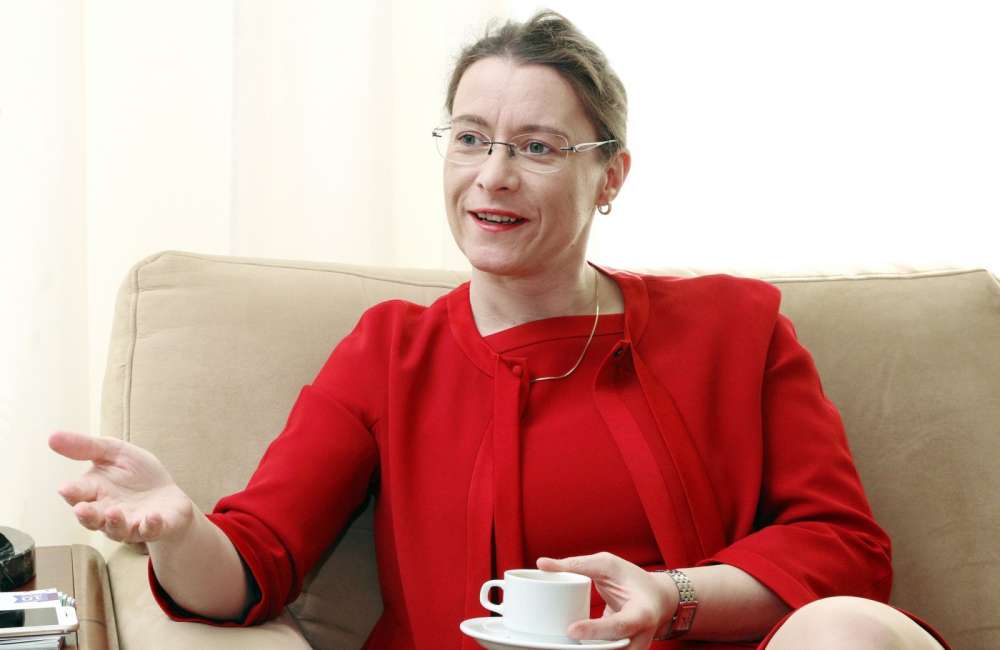 Current French ambassador in Ukraine Isabelle Dumont will replace Rene Troccaz as the country’s ambassador to Cyprus, according to the government gazette of France.

Dumont, 44, is expected to present her credentials to President Nicos Anastasiades in September.

She has been serving as France’s ambassador to Ukraine since 2015. Between 2003-2009 she worked at the French Foreign Ministry. She then served for two years as First Secretary in the Permanent Mission of France to the UN. Between 2011-2013 she was a consular at the French embassy in Turkey.

Yesterday, Foreign Minister Nikos Christodoulides attended the celebrations of Bastille Day at the Embassy of France in Nicosia.

Both the Minister and the French ambassador confirmed the strong friendship between the two countries.

“Our cooperation is actively developing. French investors come to Cyprus or consolidate their position such as TOTAL, but also CNP in the insurance sector, “Monaco Telecom” which bought MTN for mobile telephony as well as the ACCOR group which has major projects in the hotel industry. We should not forget that the European University of Cyprus is part of the GALILEO French higher education network,” Troccaz said.

He also added that the two countries are extending their cooperation in matters of defence and culture.

“Cyprus, where we live, is a friendly and welcoming country and the French community is perfectly integrated,” Troccaz said and finished his speech by expressing his appreciation to French people in Cyprus.