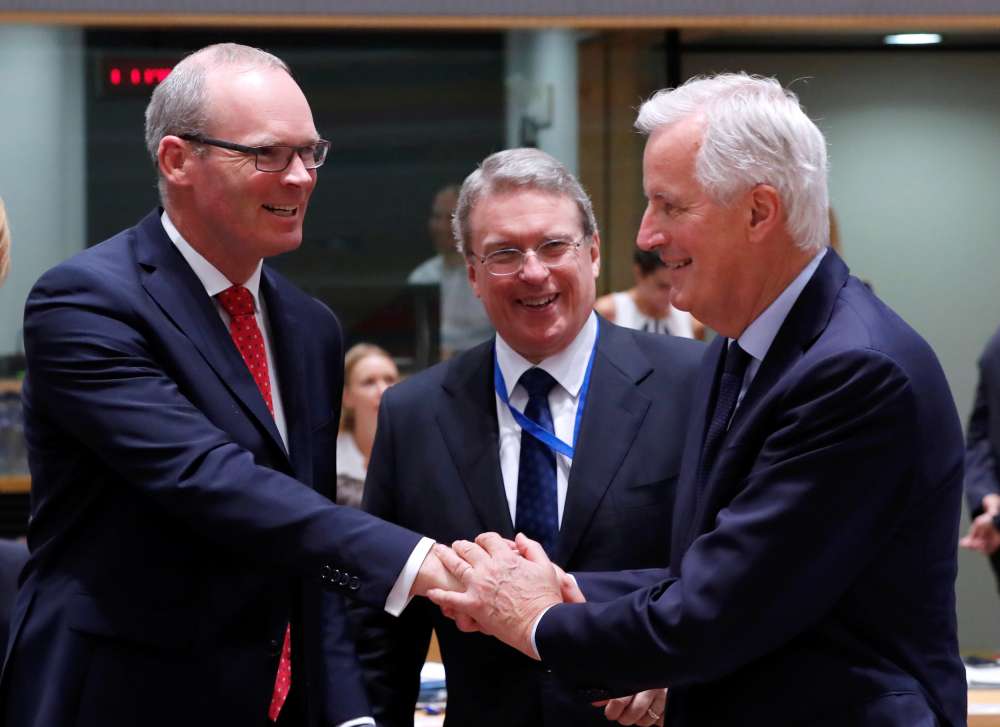 Ireland would “absolutely” support Britain if it asked for an extension to the Article 50 timetable for leaving the European Union, Irish Foreign Minister Simon Coveney said on Wednesday.

Britain is due to leave the European Union on March 29, 2019 after it formally notified the bloc of Britain’s intention to leave the EU by triggering Article 50 of the EU’s Lisbon Treaty in March 2017.

Coveney said that the timetable for departure could be changed if the EU and Britain agreed to do so. Asked if he would support a British request for an extension, he said: “absolutely”.

“If Britain asks for more time, and if that’s necessary to get to a sensible agreement, well then we would support that,” he told BBC radio.

He said he believed there was still time to do a deal within the current timeline, but that would require an “intensification” of negotiations between London and Brussels.

On Tuesday, Britain’s new Brexit minister Dominic Raab described the UK’s latest proposal as a “real offer”, and suggested that Britain may not move much from the so-called “Chequers” plan, agreed by British Prime Minister Theresa May with at her country residence Chequers.

But Coveney and Germany’s foreign minister have said that while the plan is the basis for a new round of negotiations, Britain needs to move further still.

The Chequers plan has attracted criticism from Eurosceptics in May’s party as well as those who originally wanted to stay in the bloc, and Britain has said it is stepping up preparations for “no-deal”, with Raab also saying food would be stockpiled for that eventuality.

Coveney said on Wednesday he didn’t believe a no deal Brexit would happen, saying Britain and the EU would both suffer.

“We all have an obligation to make sure that does not happen,” he said.

Campaigners have sought to test the reversibility of Article 50, although a court case brought in Ireland to establish whether Britain could withdraw the notice of its departure unilaterally was dropped last year.