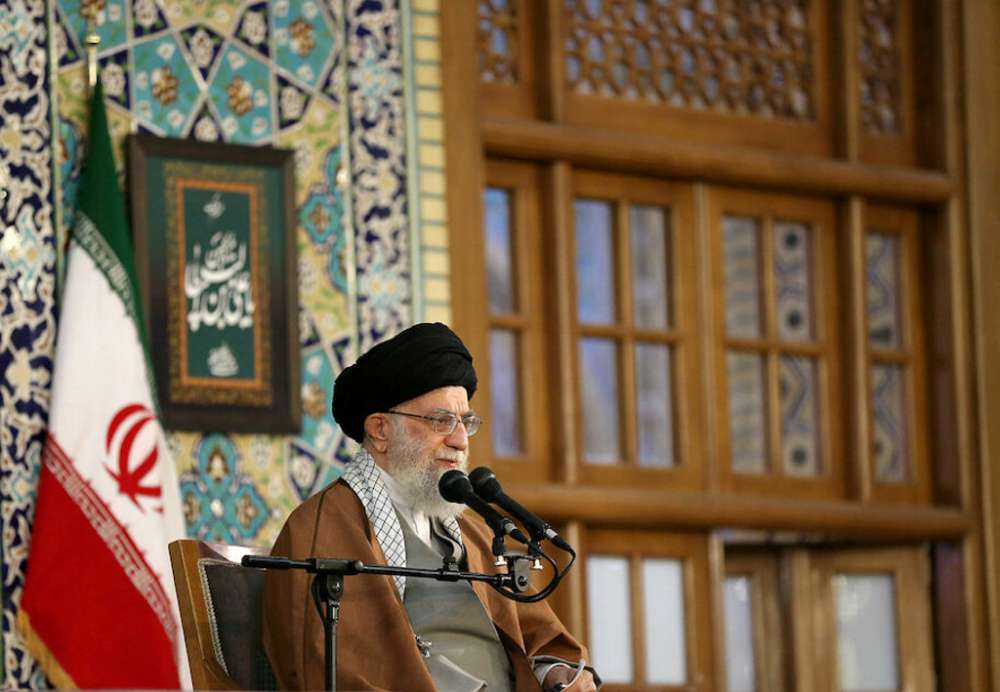 Iran’s Supreme Leader Ali Khamenei will deliver a Friday prayers sermon when he is expected to throw his support behind the elite Revolutionary Guards after their belated admission that they had downed an airliner in error sparked days of rage on the streets.

Making the main weekly sermon in Tehran for the first time since 2012, with Iran and its clerical rulers under pressure at home and abroad, Khamenei is also expected to blame “enemies”, usually a jibe directed at Washington, for causing the public fury, a source familiar with decision-making in Iran told Reuters.

U.S. President Donald Trump, who pulled Washington out of a nuclear deal with Iran in 2018 and started the latest escalation that briefly resulted in open conflict this month, had tweeted support for protesters in both English and Farsi.

State television showed queues of buses that were taking people to attend the ceremony in central Tehran. The prayers usually take place around midday on Friday in Iran.

The Ukrainian passenger plane was shot down on Jan. 8 in the tense hours after Iran launched missiles at U.S. targets in Iraq in response to a U.S. drone strike on Jan. 3 that killed a powerful Iranian general, who was close to Khamenei.

After days of denying a role in the plane crash, the Guards, a parallel military force answering directly to Khamenei that acts as guardian of the clerical system, finally admitted one of its air defence operators mistakenly shot down Ukraine Airlines International flight 752.

Vigils for the 176 victims swiftly turned into protests against Iran’s rulers. “Death to Khamenei” was chanted at protests and also spray painted on walls of Tehran and other cities. Such public criticism can result in a jail term in Iran.

The demonstrations, mainly led by students, were quelled by a violent police crackdown and the deployment in force of riot police outside universities. Protesters were beaten and video footage recorded gunshots, teargas and blood on the streets.

Iran’s police denied firing at protesters and said officers had been ordered to show restraint. Police had launched a bloody crackdown two months ago on demonstrations that were sparked by a fuel price hike.

Unrest at home has added to international pressure on Iran over the plane disaster and its nuclear programme, which is at the heart of a long-running row between Tehran and the West.

Under Iran’s 2015 nuclear deal with world powers, Tehran agreed to curb its nuclear work in return for sanctions relief.

Washington reimposed sanctions after it withdrew from the pact, plunging Iran’s oil-dependent economy into crisis. Since then, Tehran has scaled back on its commitments, including saying it would stop observing limits on uranium enrichment.

Britain, France and Germany have subsequently launched a dispute mechanism in the deal, triggering a diplomatic process that could lead to the reimposition of U.N. sanctions.

Iran’s government has sought to galvanise loyalists at home. A state-sponsored body has called for rallies on Friday to show support for the leadership and to commemorate “martyrs” of the plane disaster, Iranian media has reported.

The authorities have also sought to refocus public attention on the killing of Qassem Soleimani, the commander killed in the U.S. drone strike. Soleimani had built up proxy militias abroad, creating an arc of Iranian influence across the Middle East.

President Hassan Rouhani’s adviser Hesameddin Ashena said on Twitter that: “All those who were chanting ‘I am Qassem Soleimani’ come and fill his empty space on Friday.”

Soleimani’s funeral had drawn huge crowds onto the streets of Iranian cities, which the authorities said showed support for Iran’s leadership despite U.S. attacks, although those scenes were swiftly overshadowed by protests on the streets.