Iran probe says Ukrainian jet was on fire before crash 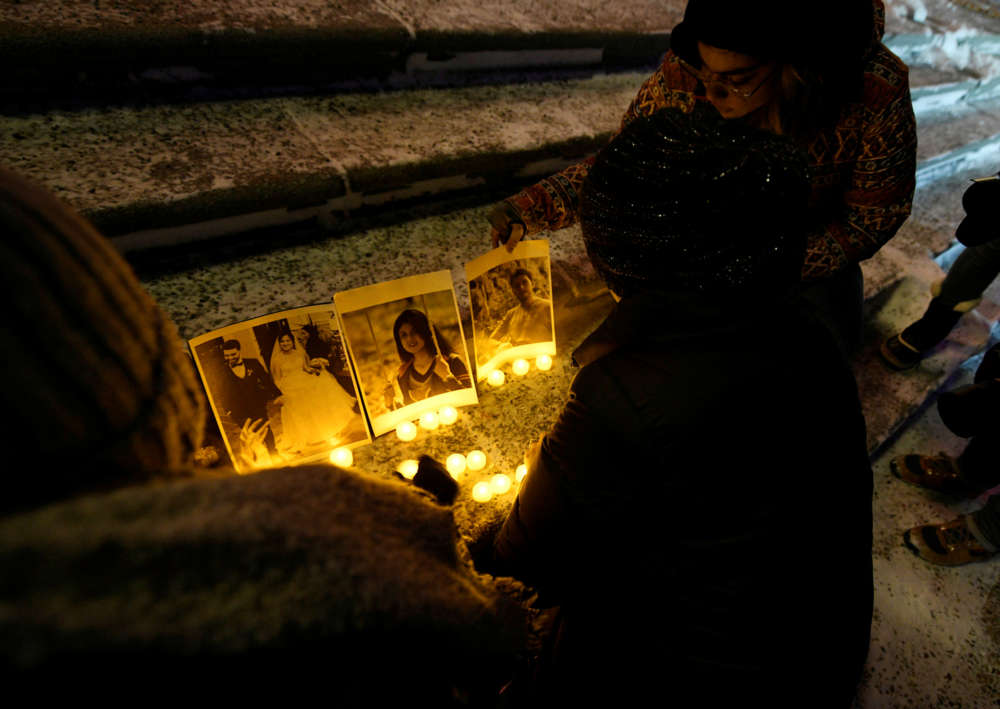 A Ukrainian airliner was on fire immediately before it crashed southwest of Tehran, killing all 176 on board, according to an initial report by Iranian investigators.

The Ukrainian International Airlines Boeing 737-800, flying to Kiev and carrying mostly Iranians and Iranian-Canadians, crashed shortly after taking off on Wednesday from Tehran’s Imam Khomeini airport.

The report by Iran’s civil aviation organisation cited witnesses on the ground and in a passing aircraft flying at high altitude as saying the jet was on fire while still aloft.

The three-year-old jet, which had its last scheduled maintenance on Monday, encountered a technical problem shortly after take-off and started to head toward a nearby airport before it crashed, the report said.

The technical problem was not specified in the report, which also said that there was no radio communication from the pilot and that the aircraft disappeared from radar at 8,000 feet (2,440 m).

A Canadian security source told Reuters there was evidence one of the jet’s engines had overheated.

The crash happened hours after Iran launched missile attacks on U.S.-led forces in Iraq, leading some to speculate that the plane may have been hit.

The initial assessment of Western intelligence agencies was that the plane had suffered a technical malfunction and had not been brought down by a missile, five security sources – three Americans, one European and the Canadian – who asked not to be named, told Reuters.

In a television statement, Zelenskiy asked people to refrain from speculation, conspiracy theories and hasty evaluations regarding the crash. He also declared Jan. 9 a day of national mourning.

He said that he would speak by telephone with the Iranian president to step up cooperation into the reason for the crash.

The Ukrainian airliner took off from the Tehran airport at 6:12 a.m. local time and was given permission to climb to 26,000 feet, the report said. It crashed six minutes later near the town of Sabashahr.

Bodies and body parts recovered from the site of the crash have been taken to the coroner’s office for identification, the report said.

Smouldering debris, including shoes and clothes, were strewn across a field where the plane crashed on Wednesday, where rescue workers in face masks laid out scores of body bags.

Onboard were 146 Iranians, 10 Afghans, 11 Ukrainians, five Canadians and four Swedes, the report said, but noted some may have held citizenship of other countries.

Ukrainian authorities have said those on board included 82 Iranians, 63 Canadians, and 11 Ukrainians.

The Tehran-Toronto via Kiev route was a popular for Canadians of Iranian descent visiting Iran, in the absence of direct flights.

By In Cyprus
Previous articlePaphos: 73 drivers booked in one night
Next articleEurostat: Breast cancer screening rate in Cyprus 4th lowest in EU