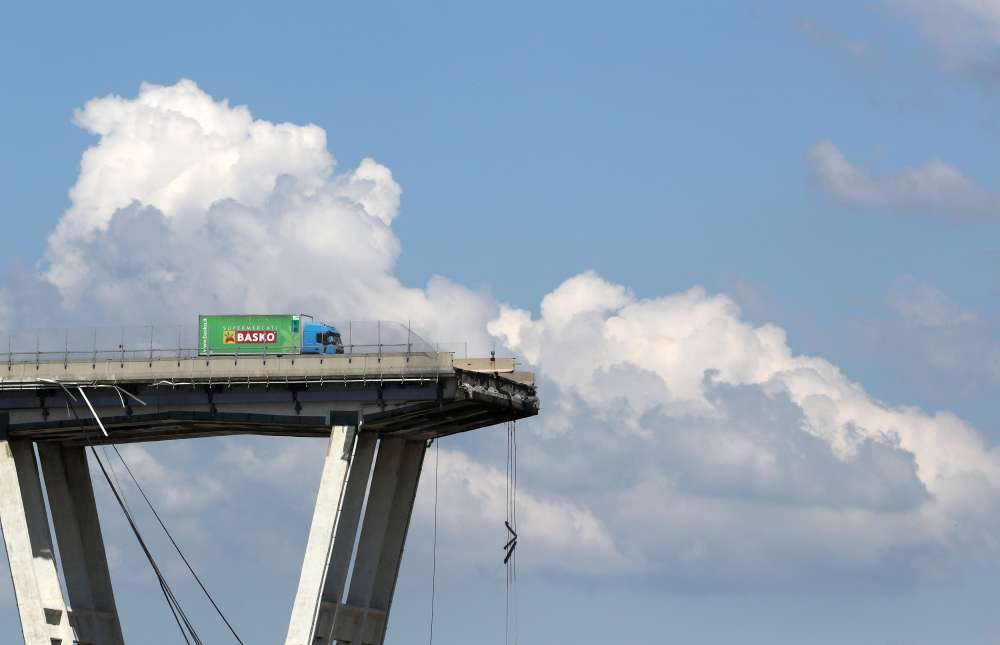 Italy’s biggest toll-road operator came under heavy stock-market attack on Thursday after Rome criticised it for a deadly bridge collapse this week, moving to revoke its concession and accusing it of failing to ensure the viaduct’s safety.

An 80-metre-long section of the bridge, part of a motorway linking the port city of Genoa with southern France, gave way on Tuesday in busy lunchtime traffic, sending dozens of vehicles into free-fall and killing at least 38 people.

Autostrade per l’Italia, part of Milan-listed international toll-road group Atlantia and owned by the Italy’s Benetton family, operated the motorway. It has said it made regular and thorough safety checks on the 1.2 km-long bridge, completed in 1967 and overhauled two years ago.

But the government has turned on Autostrade for the disaster, threatening it with heavy fines and demanding it contribute to the bridge’s reconstruction, though investigators have yet to identify the exact cause of the collapse.

Atlantia shares fell 25 percent on Thursday morning, after being indicated down as much as 50 percent in pre-open trade.

Shares in other toll-road firms such as SIAS and ASTM also fell, after Deputy Prime Minister Luigi Di Maio said the state would have to take over the country’s motorways if concession-holders could not do the job properly.

“It’s not possible that someone pays a toll to die,” Di Maio said. “Those who were supposed to do the maintenance work did not do it properly. That bridge should have been closed before this tragedy happened.”

“The profits that these companies make as monopolies anger many people … a lot of money should have been invested in security, but instead it went towards dividends.”

A government source said Italy may seek to fine Autostrade rather than withdraw its concession, which would involve a long legal fight and the risk of making hefty compensation payments to the company.

Asked by Reuters whether it was more likely the government would end up trying to impose a heavy fine on Autostrade, a government source replied: “It’s possible.”

Shipping industry sources said the collapse, which severed the main artery feeding Genoa’s Voltri container terminal, had yet to impact on port operations but was likely in coming months to ripple through the wider supply chain

A spokeswoman for Denmark’s AP Moller Maersk, which owns the world’s no. 1 container shipping line, said: “Reaching Genoa will remain challenging in the coming period but main connections from/to Vado and main inland markets will not be affected.”

Italian rescuers searched for a third day for survivors among slabs of concrete wreckage in Genoa on Thursday. Police have not said how many might be still missing in the rubble.

Experts and those who lived near the 50-year-old bridge have said the structure began to encounter problems within two decades of its construction. Pieces of concrete were falling off the bridge as long ago as the 1980s, one resident said.

Italian Prime Minister Giuseppe Conte declared a state of emergency for Genoa, one of Italy’s busiest ports, whose main land corridor with France has effectively been severed.

Autostrade said it had relied on world-leading experts when making tests and carrying out inspections on the bridge and that these checks had provided reassuring results.

“These outcomes have formed the basis for maintenance work approved by the Transport Ministry in accordance with the law and the terms of the concession agreement,” it said.

A source close to the matter said Autostrade per l’Italia would hold an extraordinary board meeting next week following the disaster.