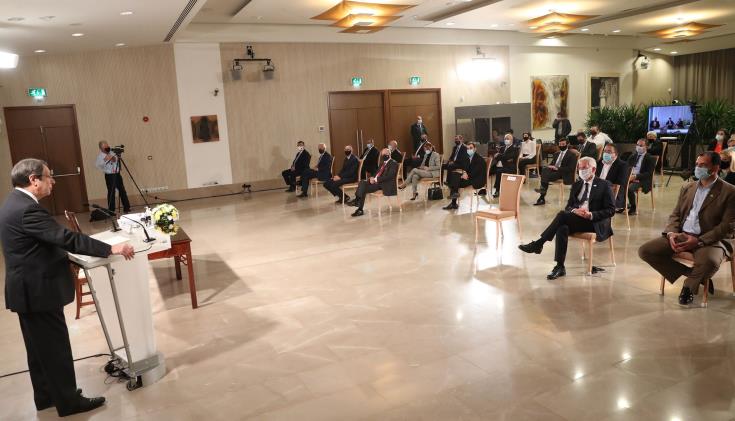 President of Cyprus Nicos Anastasiades said on Friday that the investments for the development of the port and marina of Larnaka will exceed one billion euro and will bring additional economic benefits and annual revenue of 120 million euro.

The project was awarded following an international tender to the Cypriot-Israeli consortium Alexandrou Corporate Services Ltd and Eldeman Holding BV.

A project, he added, which, will undoubtedly,  completely reform the area and its surroundings, while bringing significant benefits to the local economy and society and, consequently, for the whole of Cyprus

He noted that investments in the project are estimated to exceed one billion euros, while, in addition to the creation of new jobs, there are many other  benefits for the economy. The annual revenue and broader benefits are expected to  exceed 120 million euro per year during the period of full growth.

He described the investment as one of the biggest investments and said that it is a a product of the excellent relations with Israel and a proof of the close ties between the two countries.

The President said that this and other similar investment activities came after the important prospects that the government made possible with the ultimate goal of turning Cyprus into a destination for quality investments and therefore, to open new prospects for stable and sustainable development.

“Our goal and vision was and remains, the transformation of Larnaka into a modern European city,” he pointed out.

In his address, Minister of Transport, Communications and Works, Yiannis Karousos, said that the signing of the contract opens a new page for the city of Larnaka and Cyprus as a whole. He added that this project, will change the face and perspective of the city of Larnaka, and is one of the largest investments ever made in Cyprus.

On behalf of the Israeli investors, Executive Director of the Jordache Group of Companies, Avi Hormaro, said that they are ready to proceed with their working groups and ensure that they deliver the project on time and without delay. We are proud, he continued, that through this cooperation the already very good relationship that exists between Israel and Cyprus is further strengthened.

The Executive Director of the contractor company Kition Ocean Holdings Ltd, Panayiotis Alexandrou, said that the goal is to create a highly functional port that will respect the environment and the area and the creation of one of the most modern and beautiful marinas in the Eastern Mediterranean which will accommodate more than 700 boats of all sizes.