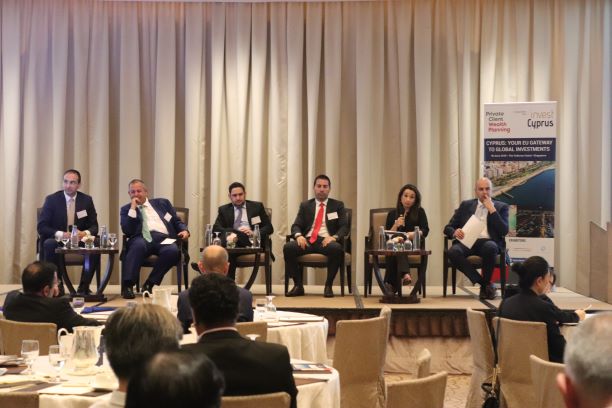 With a view to exploring new markets with great potential for investment, the Cyprus Investment Promotion Agency (“Invest Cyprus”) organised a large-scale campaign in Southeast Asia between June 17 and 21 entitled: “Cyprus: Your EU gateway to global investments”.

As part of this campaign, a series of events were held, in order to promote Cyprus as an attractive investment destination and business centre of excellence in three different Southeast Asian countries: Vietnam, Singapore and Thailand.

A large number of businesspeople and senior executives based in this region, attended the events and demonstrated a keen interest in specific investment opportunities as well as in choosing Cyprus as a base for corporate headquarters.

Cyprus was promoted as a modern business centre with a high quality of life, an element rendering the island an ideal base for companies as well as employees and their families.

At the same time, Invest Cyprus also presented the country’s Investment Programme, its attractive tax system and its comparative advantages.

The Cypriot delegation consisted of the Chairman of Invest Cyprus, Michalis P. Michael, the Director General of the Agency, George Campanellas, as well as representatives of professional services firms KPMG and EY Cyprus and the law firm L. Papaphilippou & Co LLC.

Furthermore, it included representatives of real estate developers such as Leptos Group, Pafilia Property Developers, MM Makronisos Marina Ltd, and Korantina Homes, who were given the opportunity to present large-scale development projects in a specially designed exhibition space.

Andy Choi, President of Melco Resorts & Entertainment, – the company that has taken up the country’s biggest investment project, the casino-resort – talked about his own experience of investing in Cyprus.

In a statement, the Chairman of the Board of Directors at Invest Cyprus, Michael P. Michael, stressed that because of its legal and regulatory framework, as well as its particular advantages, Cyprus has become an ideal business hub and an attractive choice for investors.

“Cyprus has the specifications of an international business centre; at the same time, we should not forget that the country offers investment opportunities in a number of different economic sectors,” Michael said.

On his part, the Director General of Invest Cyprus and Vice President of CIFA, George Campanellas, presented the various sectors of the Cyprus economy, focusing on opportunities in the tourism, shipping, and investment funds sectors, as well as the advantages for tech companies, which relocate to Cyprus.

“By choosing our country, foreign investors automatically gain access to the European markets and the Middle East, but above all they find themselves operating in a particularly attractive tax environment. Cyprus also offers quality support services, low operating costs, and a solid legal framework based on EU law, ” Campanellas said.

These initiatives are part of a series of targeted actions that the Agency is pursuing in the coming months, as part of its strategy to identify opportunities arising from the penetration of new, unexplored markets with great potential. They are part of a wider effort to attract investments and boost the country’s growth prospects.