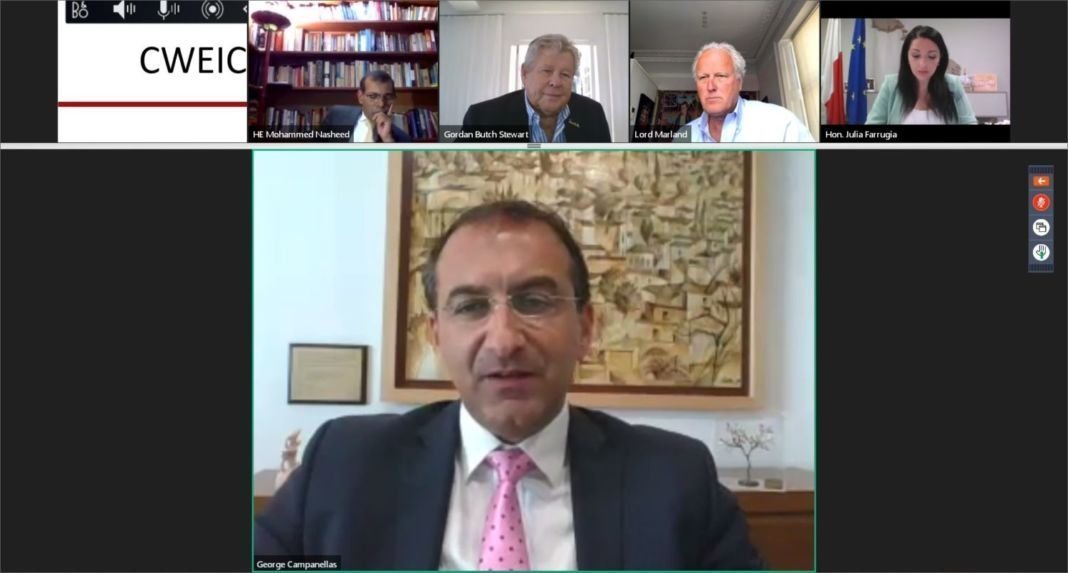 Speaking during an online discussion entitled Commonwealth Tourism During the COVID-19 Lockdown: Immediate Responses and Future Opportunities, Invest Cyprus CEO George Campanellas outlined the remarkable results that Cyprus achieved in tackling the pandemic, maintaining its reputation as a safe destination.

The online discussion was organised by the Commonwealth Enterprise & Investment Council and was joined by an international audience, mainly from the Commonwealth Member States. The discussion featured, among others, Malta’s Tourism Minister, Hon Julia Farrugi, the former Maldives president, HE Mohammed Nasheed, and several representatives of major airlines and a large selection of cruise and hospitality sector companies.

Invest Cyprus’ CEO praised the positive results achieved by Cyprus and attributed this success to the timely measures taken by the state to limit the spread of the virus, as well as the responsible behaviour of Cypriots. He also stressed that our country has succeeded not only to maintain its reputation as a safe destination, but also to further reinforce its positive image abroad, as a state competent in making difficult decisions and coping with crises.

George Campanellas pointed out that Invest Cyprus will step up its efforts in the field of tourism investments in the next few months through its specialised unit TourInvest.

“We are focused on highlighting Cyprus’ outstanding performance during the pandemic, aiming to increase the country’s competitiveness against other destinations, as well as attract foreign investors to the island”.

By In Cyprus
Previous articleStuffed vine leaves with artichokes (Lenten)
Next articleCovid-19: A round-up of the latest developments in Cyprus