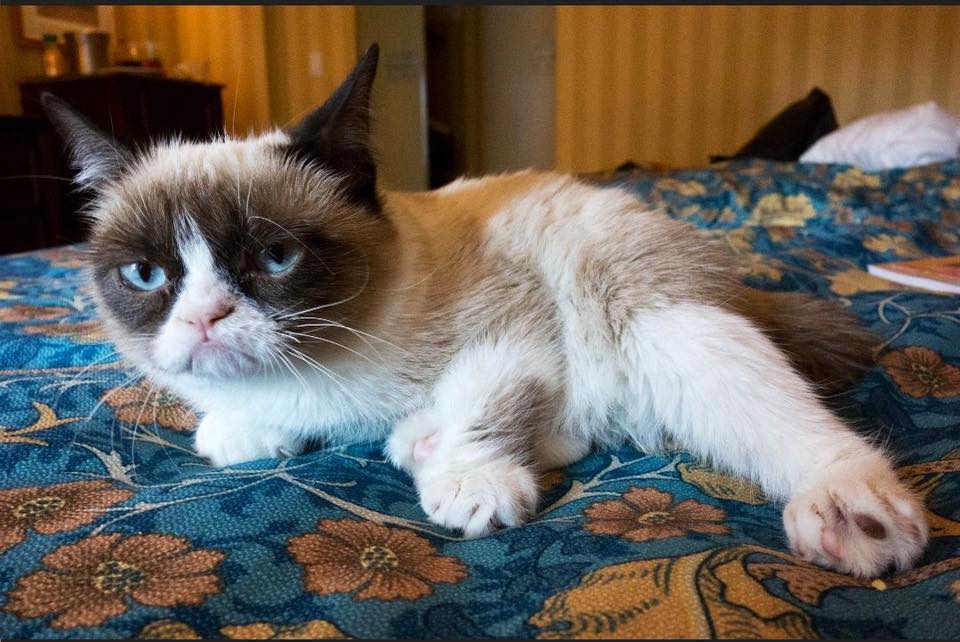 Grumpy Cat, an internet celebrity for her permanent frown, died “in the arms of her mommy, Tabatha” this week, leaving behind countless online jokes about how we all feel at our worst moments, her family said on Friday. She was 7.

Despite care from top professionals, Grumpy died on Tuesday from complications after a recent urinary tract infection, the family said on Twitter.

Grumpy, whose real name is Tardar Sauce, became an internet sensation after her owner Tabatha Bundesen posted a picture of her scowl six years ago. She went on to appear on magazine covers, television advertisements and even starred in her own movie “Grumpy Cat’s Worst Christmas Ever.”

“Grumpy Cat has helped millions of people smile all around the world – even when times were tough,” the family said. “Her spirit will continue to live on through her fans everywhere.”

Some days are grumpier than others… pic.twitter.com/ws209VWl97

“I’m actually bummed about this,” read one with a picture of Grumpy scowling into the sunset.