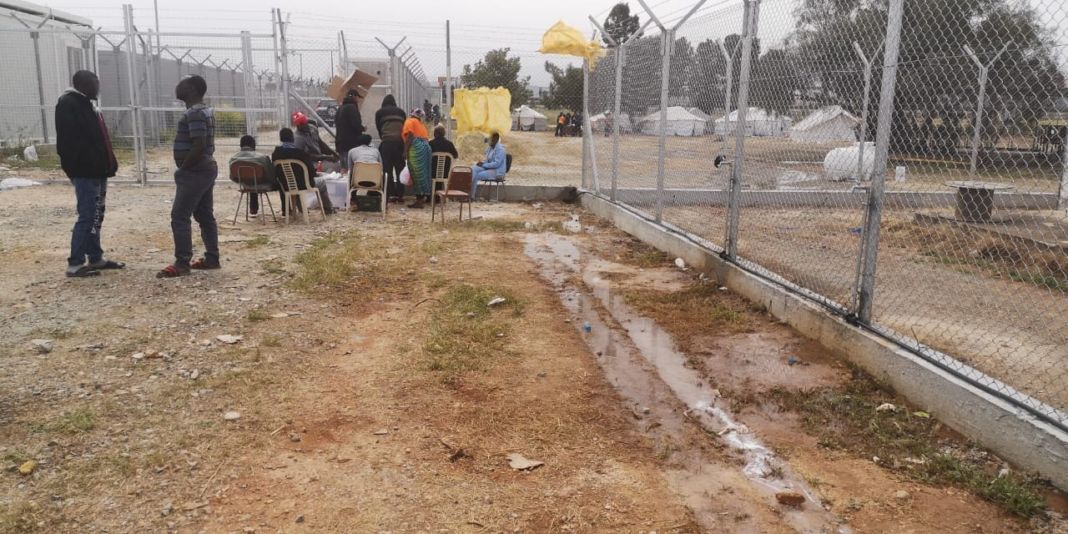 The Interior Ministry on Monday rebuffed criticism over conditions at the Kophinou and Kokkinotrimithia reception centres for asylum seekers and said that it is doing the best it can in the midst of an epidemic to care for them while protecting public health.

In a statement yesterday that was accompanied by photographs, the Cyprus Refugee Council and Caritas Cyprus slammed the appalling living conditions at Kokkinotrimithia which they said created dangerous conditions for both residents and staff.

And on Monday, two United Nations experts issued an appeal to governments across the world, saying undocumented migrants, asylum seekers and trafficking victims worldwide should be granted access to healthcare and welfare – regardless of their legal status – to protect them during the coronavirus pandemic.

In its reply, the Interior Ministry said Cyprus had the highest rate of asylum seekers per capita in the EU, representing 3.8% of the population which has led it to ask for a fairer redistribution in the EU.

“Despite the overpopulation of migrants in our country, in the midst of the pandemic the Interior Ministry is doing whatever is humanely possible to provide accommodation, food and medical care to all these people, legal and illegal,” it said, adding that so far none have tested positive.

Given that the movement of citizens was being restricted, the ministry queried on what grounds migrants, many of who it said were illegal, should be given freedom of movement.

As regards the transfer of a number from hotel units where they had been staying for two years, the ministry said this was because they were not complying with the restrictions on movement and thereby threatening the spread of coronavirus.

It acknowledged living conditions at the reception centres were not on a par as at hotels but said that additional units for hygiene have been installed, electricity boosted and the vulnerable transferred from the centres.

Better service was linked to numbers and as soon as conditions permit, the aim is to repatriate those who come from countries where they are not at risk, it said.

“Until then we will make every effort for their hospitality, but without this placing public health at risk,” it concluded.