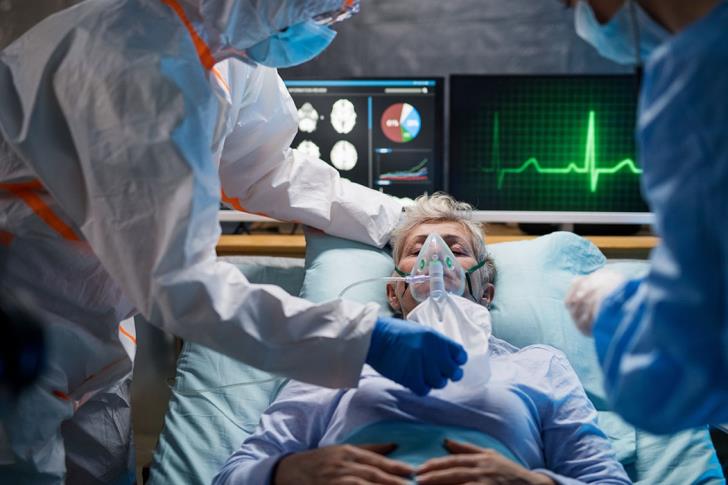 The Delta variant continues filling up intensive care units (ICU) and keeping the number of patients at an all-time high, while a new strategy is set in motion to record the details of elderly COVID-19 patients.

Yesterday afternoon at the Nicosia General Hospital 49 patients with COVID were hospitalized, out of which 40 were intubated while the total capacity for beds in ICU is 65.

Spokesperson of State Health Services Organization of Cyprus (SHSO) Charalambos Charilaou spoke to Philenews mentioning the recent rise in ICU hospitalizations and that although a new third ICU has begun operating, the total bed capacity remains low at 65 due to the large number of hospital workers absent on holidays.

Charilaou further said that the admission of patients in ICUs is at a record-high with 49 admitted on Monday, while the number of regular patients is also rising with 5-10 more patients being admitted than exiting.

The paid rapid tests are expected to complicate the situation further, as fewer tests will be taken and therefore many cases will not be discovered and treated promptly.

Charilaou also mentioned the need to observe and record details of elderly COVID patients due to the rise in hospitalizations for the demographic.

President of the Pancyprian Pharmaceutical Association Eleni Piera Isseyegh stated that pharmacies carrying out rapid tests have managed to handle the situation adequately, with lines of people only being formed on Sunday due to the fact that it was the first day of paid tests and only overnight pharmacies were open.

Isseyegh also stated that in contrast to paper slips which were given in the past, hospitals are now working with an electronic platform which publishes test results online and allows citizens to upload their result on their SafePass.

Isseyegh elaborated that this is a transitional period for this feature and 270 pharmacies have already began making use of it.