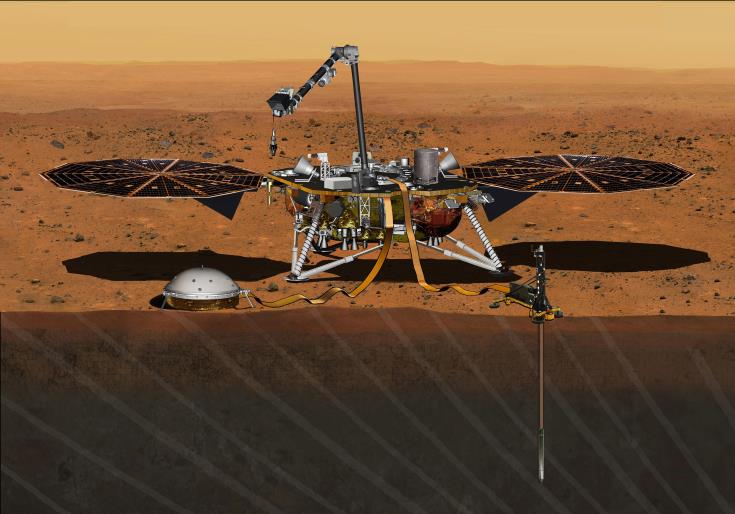 Charalambous, who is a research member of the Cyprus Space Exploration Organisation (CSEO), has been supporting surface operations for the mission at NASA Jet Propulsion Laboratory (JPL) in Pasadena, California since InSight’s landing on Mars on 26th November 2018.

Charalambous said that this is the type of signal the team has been eagerly awaiting to identify since they deployed the wind and thermal shield.

“It is the first tremor of the planet sensed by both our seismometers that measure noise at subatomic levels. The event is a 10-minute, faint rumble that is probably 1 to 2 in magnitude and at a nearby distance of about 100 km”, he said.

He further added that although there are many uncertainties regarding the type and character of the tremor, the signal resembles that of the Moonquakes seen by the Apollo astronauts in the late 1960s.

Charalambous explained that the source of these Marsquakes could originate, for example, either due to faults and fractures in the crust below the surface or in fact, a meteorite impact.

“We are looking forward to our conclusions with our on-going analyses on these Marsquakes, and with the aid of further future events, we should be able to constrain our parameters. This would lead us to better understand the internal layers, down to the very depths of the Red Planet and other rocky planets”, he told CNA.

It is recalled that Charalambous was given by NASA the opportunity to name two rocks on the surface of Mars, which he has honoured with his birth roots by selecting the names “moutti” (nose) and “zavos” (askew, pointing at an angle) from the Cypriot dialect.