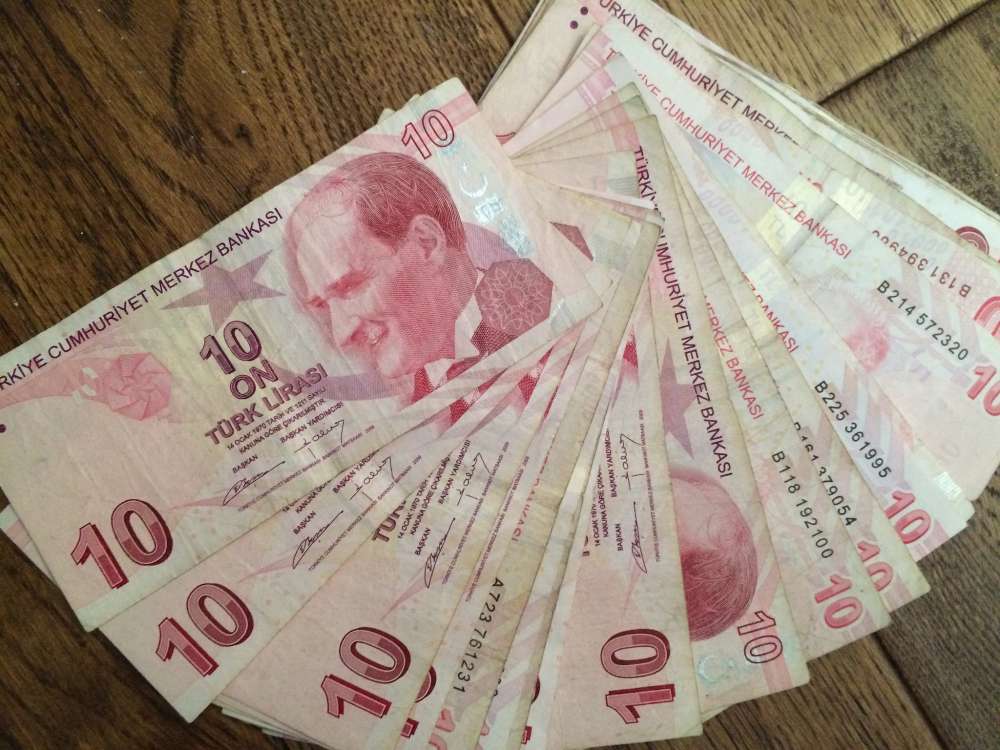 The Turkish lira dived 5 percent against the dollar on Thursday as a senior official said banks had started providing the currency to the London market again, after several days of the authorities withholding liquidity to underpin the currency.

The lira has come under renewed pressure over concerns about Turkey’s balance of payments, its ability to service its foreign debt, and calls from President Tayyip Erdogan for its central bank to cut interest rates.

As liquidity in the lira improved, the London overnight swap rate plunged to 50 percent from a crippling 1,200 percent a day earlier, Refinitiv Eikon data showed. It had stood at 24 percent last week.

Sources had previously said lira liquidity would be squeezed until after Sunday’s local elections.

Rabobank emerging market forex strategist Piotr Matys said the market was braced for a volatile week for the currency after local elections on Sunday.

He said it was critical that Finance Minister Berat Albayrak “acts decisively and announces a comprehensive package of reforms with full details to preserve what has been left from Turkey’s severely damaged credibility.”

“His remarks since the lira crisis last year imply that he is fully aware of what investors expect from him. It is time to deliver,” he said.

Erdogan said on Thursday that the recent volatility in the lira stemmed from currency attacks by the United States and other Western countries and that Turkey must cut interest rates so that inflation falls, a view that counters that of many economists.

The central bank has taken a series of steps to underpin the lira this week, and bankers said it took one more on Thursday, raising its total lira swap sale limit to 30 percent from 20 percent for swap transactions that have not matured.

It had raised the limit to 20 percent from 10 percent on Monday in a bid to boost the bank’s forex reserves, which fell sharply in the first two weeks of March.

Those falls have raised uncomfortable questions about Turkey’s balance of payments and its ability to roll over its foreign loans – and how and from whom it would seek emergency reserves if necessary.

The London overnight swap rate had spiked on Wednesday to its highest on record by far, posing a huge hurdle to foreign investors looking to bet against the lira. They had instead sold off holdings of Turkish stocks and bonds, which have come under heavy pressure this week.

As the currency dropped on Thursday the cost of Turkey’s debt rose, with the yield on the benchmark 10-year bond climbing to 18.96 percent from 18.21 percent on Wednesday. It has risen 2.5 percentage points since the end of last week.

The main Istanbul share index, which weakened more than 12 percent in the week to Wednesday’s close, rose 0.73 percent on Thursday.

The head of the Turkish banking association, in a statement to Reuters on Wednesday, said lira swap rates had not surged due to banks withholding liquidity from foreign banks.

By In Cyprus
Previous articleUK greenhouse gas emissions down 2.5 pct as renewables hit record
Next articleUpdate: Man who threatened to set himself on fire on Larnaca rooftop persuaded to come down