To Moscow…with love for economic cooperation 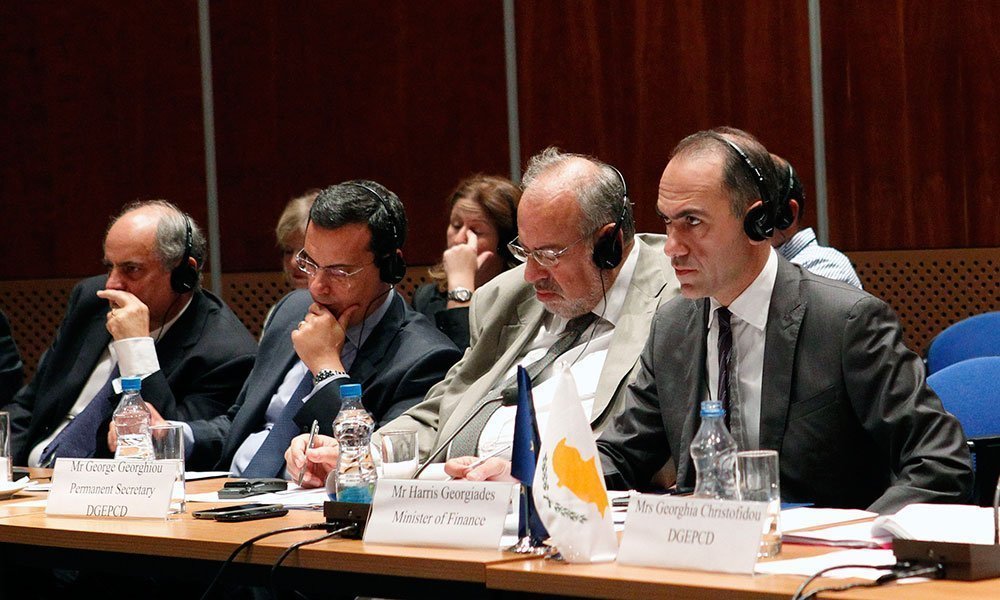 Finance Minister Harris Georgiades’ contacts in Moscow today (Thursday) as part of the 11th Cyprus-Russia Intergovernmental Meeting for Economic Cooperation will be decisive for the future relations of the two countries.

This year’s annual meeting between technocrats and politicians of both countries is taking place in the Russian capital and its outcome is expected to greatly clarify economic relations which seem to be going through a tough ride over recent months. It is no coincidence that Russian Ambassador Stanislav Osadchiy told Phileleftheros in an interview that several issues will be raised during the talks.

“Undoubtedly, the agenda will touch upon the complicated situation in which a number of Russian natural and legal persons have found themselves in Cyprus due to the well-known measures of the Central Bank of Cyprus, as well as the sanctions of the European Union and of the US,” the ambassador said. At the same time, in statements he made last November, Osadchiy sent the message that “driving Russian companies out of the country does not honour Cyprus.”

Nonetheless, the official agenda of the talks which began yesterday does not include such a topic, informed sources told INSIDER.

Diplomatic circles believe that statements made by Russian Foreign Ministry spokesman Maria Zacharova last December on the occasion of a reported American base in Cyprus were strong, not only because of the specific issue but also due to the pressure Russian enterprises and natural persons were under at the time.

Moscow has been very keen on the repatriation of Russian funds and businesses in foreign countries, including Cyprus. However, following the implementation of the new Central Bank directive for shell companies, several Russian holding companies seem to have decided to move their headquarters to other destinations.

Moscow seems to have recently toned down its reaction towards Cyprus, something that Nicosia has interpreted as an indication that the tense relations have begun to normalise. At play at the high-level meeting in Moscow today is whether Cyprus succeeds in alleviating the concerns of the Russian side and manages to re-establish a strong basis for continued economic co-operation between the two countries.

After all, Cyprus is not only benefitting from holding companies, considering that the Russian market is the biggest contributor to Cypriot tourism in terms of revenue. And the island’s investment by citizenship scheme is widely used by Russian nationals, as has been recently reported.

By Annie Charalambous
Previous articleCold, with scattered showers, problems on roads continue
Next article18 irregular migrants picked up in Akaki