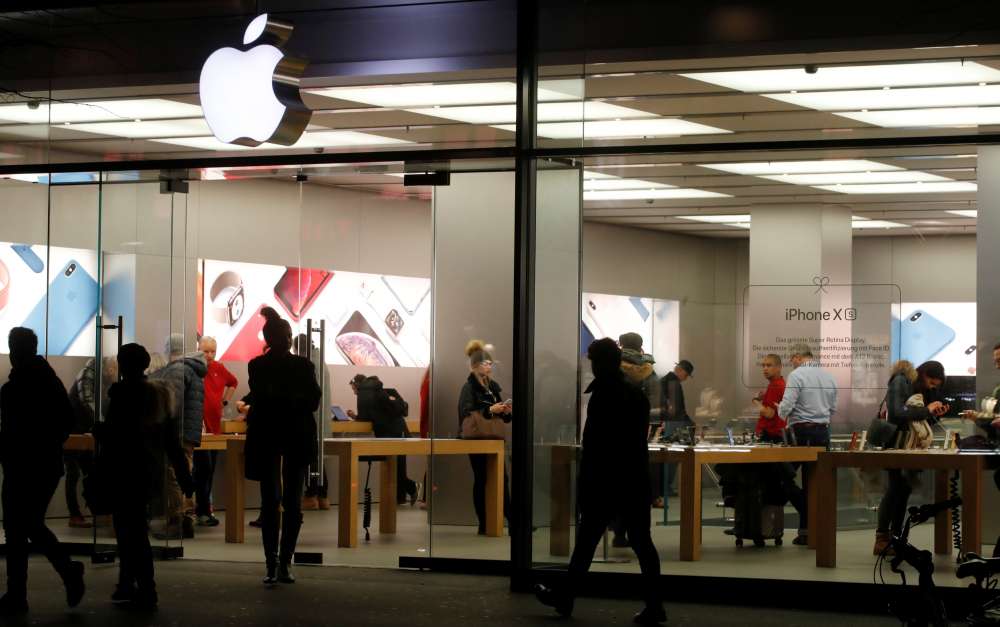 After tax cuts, rising incomes and buoyant stock markets set off a consumer boom in 2018, signs are emerging that the main engine of U.S. economic growth could sputter, and a record-long government shutdown further muddies the waters.

Federal Reserve officials and many economists have long counted on continued robust consumer spending to keep the economy chugging along, despite headwinds from recent financial markets turbulence, trade conflicts and weakening global growth. Now they fear the consumer boom could be on the cusp of a reversal.

The warning signs span the income spectrum – from the well-heeled possibly cutting back after their stocks got hammered last fall, to the poor potentially getting squeezed if a lingering government shutdown delays food assistance payments. Economists are also not certain, for example, whether last year’s personal income tax cut will lead to higher refunds and boost big-ticket purchases, such as home appliances, typical for this time of year, or whether the windfall was already spent last year when paycheck withholding declined.

The shutdown, now in its 28th day, could delay refunds and hit companies that rely on consumers spending a chunk of that money on their goods or services. The chief financial officer at T-Mobile US told investors last week any delay in refunds was a concern for the company because its prepaid business, roughly 30 percent of sales, was “particularly sensitive” to tax refunds. “Hopefully, this situation doesn’t go on too long,” J. Braxton Carter said.

A delay in refunds could also hurt home improvement chains, such as Home Depot , Lowe’s Cos Inc and Wayfair Inc that see furniture purchases and early spring projects boost sales. “We don’t see any material impact,” a Home Depot spokesman said without elaborating. Lowe’s and Wayfair did not respond to a request for comment. The government shutdown clouds the outlook for spending, retailers and the economy at large because executives and policymakers weigh not the direct impact of 800,000 federal workers going without pay, but also how much it can hurt consumer and business confidence.

Chicago Federal Reserve President Charles Evans said last week that while the immediate effects of the shutdown on the U.S. $20.7-trillion economy would be small, the indirect, psychological impact could be substantial. “Consumers get risk averse and start hunkering down, businesses start planning to do less, and you start magnifying these effects,” Evans said.

Former Federal Reserve chair Janet Yellen noted a general cooling of business sentiment at a retail trade show in New York last week. “We are hearing anecdotal reports about businesses beginning to put investment plans on hold because of uncertainty,” she said. Those investments could include things like upgrades to a retailer’s supply chain, Yellen said.

Constance Hunter, chief economist at KPMG told Reuters if the shutdown goes on until the end of the month “we will shave a couple of percentage points from first quarter (gross domestic product).” Such concerns have spread among Fed officials who now advocate patience before considering any further rate hikes.

Consumer spending accounts for about two-thirds of U.S. economic activity, and the 4 percent jump in household spending on goods last year was a major reason the economy probably grew by a healthy 3 percent in 2018.

More recently, robust consumption offset weaker-than-expected business investment and the drag from trade, and was expected to mitigate the waning impact of the Trump administration’s earlier spending splurge. Economists had already anticipated that higher interest rates and trade tensions would slow growth in household spending on goods and services after it hit $13 trillion last year. The question is how much and the shutdown made the answer more difficult.

Steven Blitz, chief U.S. economist at TS Lombard said the economy appeared to be slowing down, noting reports from Macy’s, Nordstrom and other retailers talking of a weak December, and he expected the shutdown to hurt first quarter growth. “Some of it will come back in the second quarter, but there will be some industries that will see lasting damage such as restaurant operators,” he told Reuters. These would include chains like McDonald’s Corp , Chipotle Mexican Grill and Starbucks Corp , which analysts said will be unable to make up for lost sales to government workers during a shutdown. The companies did not immediately respond to a request for comment.

Kroger CEO Rodney McMullen expressed this concern last week at a retail trade show. “From a customer standpoint … they feel incredibly good about the economy, but very nervous about where are things headed,” he said. Walmart declined comment. Small, independent retailers, which often serve low-income communities, may also suffer. While the administration has assured funding through February for government transfer payments for the Supplemental Nutrition Assistance Program (SNAP), which provides food assistance to 19 million low income households, the shutdown has impaired granting new licenses and renewals.

Peter Larkin, President and Chief Executive of the National Grocers Association, sent a letter to Congress on Jan. 10, saying the shutdown prevents many independent retailers from acquiring SNAP licenses for their newly opened stores, and that more than 2,500 retailers have experienced a lapse or inability to reauthorize their license. “The inability to acquire new SNAP licenses for newly-opened or purchased stores could have significant negative impacts to local economies,” Larkin said.