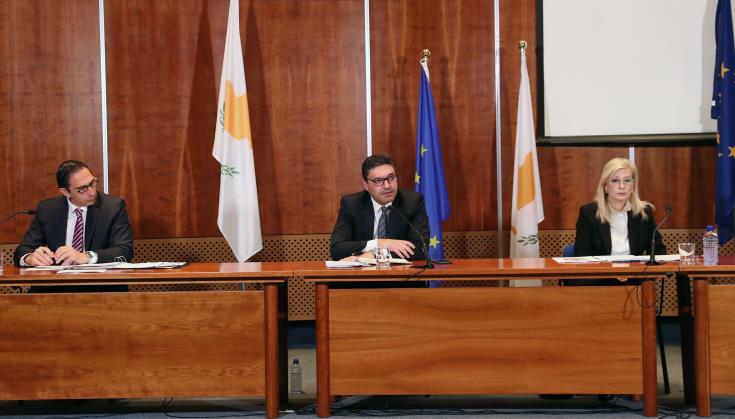 Finance Minister Constantinos Petrides said on Thursday that the businesses selected to open in the initial stages of restarting the economy were based among other on factors such as contribution to GDP, employment and state income, as well as the possibility of remote work and the risk of contagion from Covid-19.

The road map of the European Union as well as that of other countries who are taking action on the gradual reopening of their economies were also taken into account in drawing up the government’s plan.

The overall aim of the roadmap is the recovery of the economy, as “without the economy there can be no health system nor income.”

Should there be compliance to the measures during the period of gradual return to normality, the economy is expected to start recovering in the final quarter of 2020 and peak in 2021.

On the opening of retail businesses, Petrides said that they contribute more than €1 billion to GDP, counting around 38,000 employees, or 9.4% of the total workforce, and the sector accounts for around 12% of national income.

On the opening of the construction sector, it contributes 5% to the Cypriot economy, employs more than 30,000 people, or 7.5% of the workforce, and the sector makes up more than 16% of state income.

Petrides was speaking during a joint press conference of Ministers of Finance, Health and Labour following a televised address by the President announcing the reopening of retail businesses and the construction sector under strict health measures on May 4.

He stressed that the aim is not to cut salaries but to boost incomes.

And he highlighted the need for prudent management to avoid bailout-like conditions, set either internally or from abroad — a reference to the austerity measures that followed the 2013 financial crisis.

President’s address on easing of measures

Categories of citizens at serious risk from Covid-19

Form A rules apply until May 20, police clarify

By Josephine Koumettou
Previous article
Shops to remain closed on May 1
Next article
Health Minister: Airports, restaurants to reopen in June