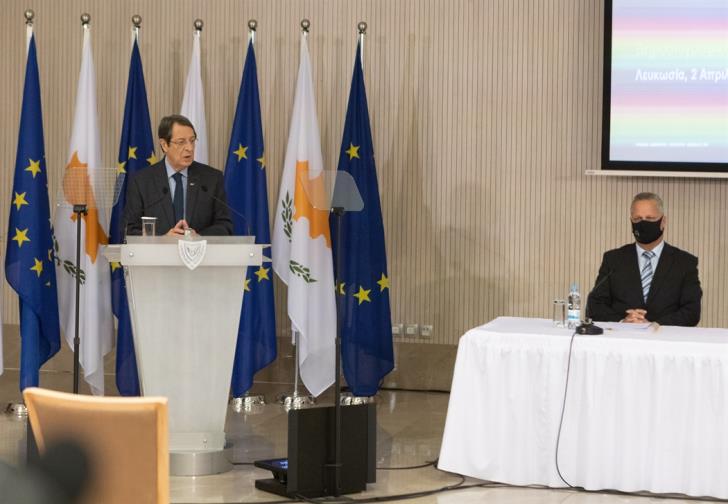 The government projects and policies for the development of the mountain communities were presented on Thursday during a press conference at the Presidential Palace.

President of the Republic Nicos Anastasiades said that project for the mountain areas includes more than 300 actions, to be implemented by the end of 2030 with a total budget of 400 million euro.

He also said that very significant road network projects have been launched which will significantly improve the connectivity of large urban centers with the countryside and especially the mountain communities.

The President pointed out that the housing plan and the urban incentives, will reverse the tendency of abandonment of the regions. He said that up to 386 communities will benefit, about 70% of all communities in the government controlled areas.

In his speech, Minister of Interior Nicos Nouris said that the main goal is to revitalize and develop mountain communities, adding that we want to create prospects for the existing population but also attract  new residents, investors and visitors.

The Minister said that this year, 83 projects and actions have been promoted and some have already been completed, in the 113 communities of Troodos, with a total cost of 237 million euro.

Commissioner for the Development of Mountain Communities Costas Hambiaouris referred in detail to the interventions made to turn the Troodos region into an attractive place to live and work, and said that actions are already underway regarding the innovative approach to agriculture, and the new model of the Troodos mountain tourism product.

Deputy Minister of Tourism Savvas Perdios said that there has been interest in buying existing hotels in the mountain areas, which are either closed or under-operated, as well as in buying land from both Cypriot and foreign investors in the mountains and in the countryside for the construction of new hotel units, especially in the field of health and wellness.

In addition, Deputy Minister of Research, Innovation and Digital Policy, Kyriakos Kokkinos, said that there is also interest from research centers and innovation centers.