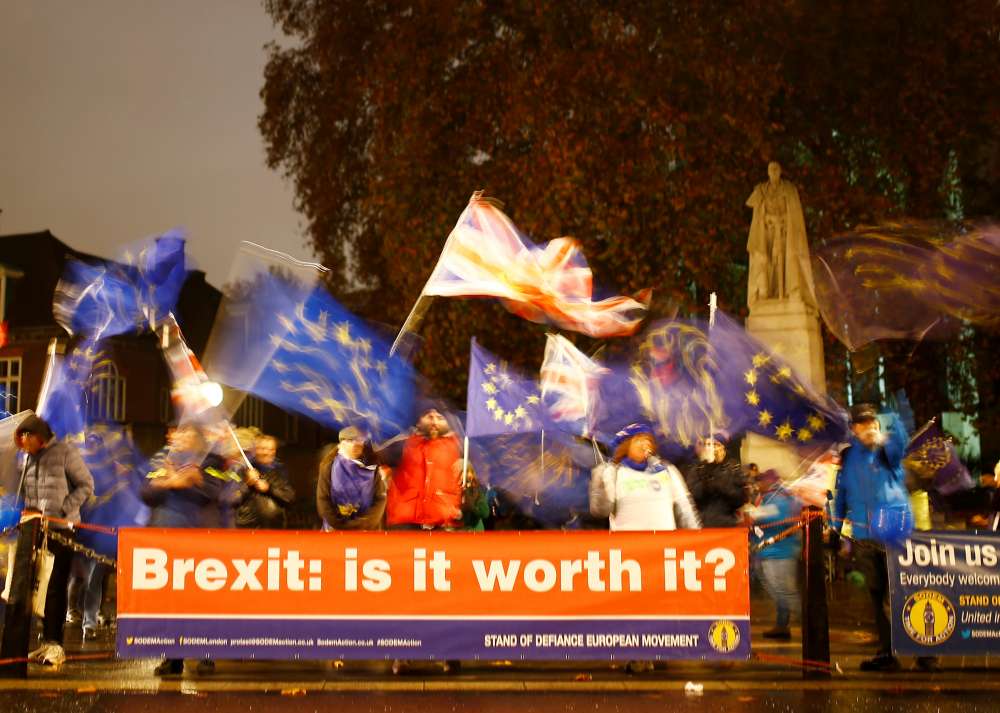 The pound weakened on Friday after stellar gains this week that set the currency up for its biggest weekly gain against the euro since September 2017 on growing confidence that a no-deal Brexit can be avoided.

For now, focus turned to January retail sales data out at 0930 GMT for latest clues on the UK economic outlook, which has taken a back seat in recent weeks for traders.

In a tumultuous week for British politics, Prime Minister Theresa May’s Brexit deal suffered a heavy defeat in parliament on Tuesday but she won a subsequent vote of confidence, removing some political uncertainty for now.

Against the euro, sterling was down over a third of a percent at 87.99 pence and below two-month peaks hit a day earlier at around 87.65 pence.