Parliamentary alliances of all kinds over 2020 state budget 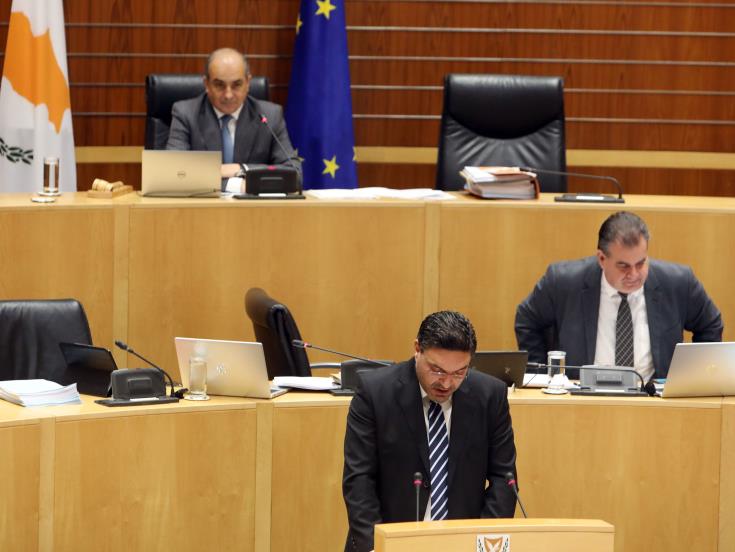 Political parties have formed provisional alliances of all kinds over the 2020 state budget which goes to a plenary vote later on Wednesday.

On the other hand, a total of 13 combinations of opposition parties joined forces to propose amendments aiming to take specific government plans under their control. Party representatives negotiated all day long on Tuesday on provisional budgetary funds to be withheld.

MPs were seeing adding and subtracting paragraphs by end of the day so as to improve some amendments, but also to withdraw others. Behind the scene consultations are expected to carry on till the very last minute within efforts to block as much as possible state plans.

In the meantime, two amendments considered very important by Opposition Akel, socialist Edek and the Greens have not obtained the required majority yet. That’s why they are now trying hard to convince Diko to support them.

The three parties are proposing to withhold the €40m provisional budget earmarked for the implementation of the necessary infrastructure for the transfer of liquefied natural gas to Cyprus.

However, a number of MPs have reservation on this issue so it will be discussed before the House Audit Committee after the Christmas holiday.

At the same time, Akel, Edek and the Greens are trying to win Diko’s support on the €25m withheld budget for Olivewood Audio-Visual Industry’s Promotion Plan.

Over the past few days, opposition parties went as far as to try to have a say even in the government’s citizenship by investment plan but they have taken a step back on this.

Specifically, Akel and Edek on Tuesday withdrew the proposed amendment that would commit 50% of the € 2.2 million budget earmarked for the purchase of services by specialist firms to carry out enhanced due diligence checks on Cypriot citizenship applicants. In practice, the proposed amendment could not have been implemented.

Therefore, after all this behind the scenes commotion the proposed amendments expected to be adopted include withheld provisional budget for rents paid by the state, with the exception those for the first quarter of the year. Also exempted are rents paid by the Foreign Ministry for embassy staff overseas.

Then comes withheld provisional budget for remuneration of aides of the President of the Republic, and for funds allocated to ministers and deputy ministers for the purpose of sponsoring events and other activities.

And so is €3.3 million earmarked for the improvement of the road from Paphos to Polis Chrysochous.