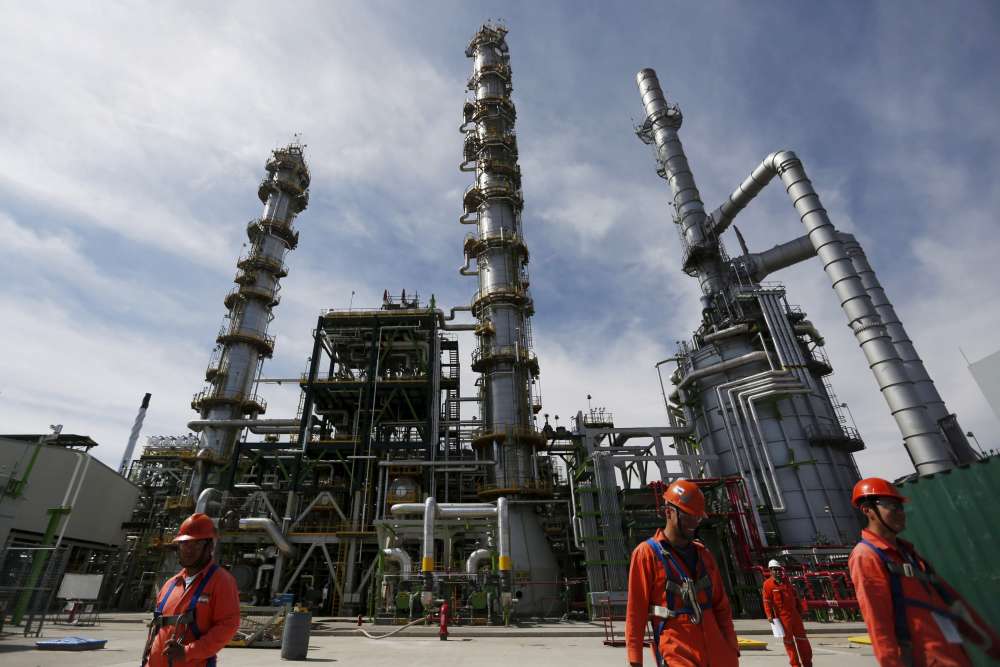 Brent oil hit a 2019 high above $72 a barrel on Wednesday, propelled by steady economic growth in China and a fall in U.S. crude stocks which defied expectations and signalled firm demand, while global supply remained tight.

China’s economy grew by 6.4 percent in the first quarter, official data showed, defying expectations for a further slowdown and assuaging global markets as a U.S.-China trade deal also appears near.

Refinery throughput in China – the world’s second-largest crude user – rose 3.2 percent in March from a year earlier to 12.49 million barrels per day (bpd).

“The demand side of the equation got a substantial fillip via today’s China data suggesting prices will continue to move higher on improving global growth and risk sentiment,” said Stephen Innes, head of trading at SPI Asset Management.

Prices have been supported this year by a pact reached by the Organization of the Petroleum Exporting Countries and allies, including Russia, to limit their oil output by 1.2 million bpd.

Global supply has been tightened further by U.S. sanctions on OPEC members Venezuela and Iran.

Iran’s crude exports have dropped in April to their lowest daily level this year, tanker data showed and industry sources said, suggesting a drawdown in buyer interest ahead of expected further pressure from Washington.

In June, OPEC and its partners will decide whether to extend their agreement, but Russia’s willingness to stick with the cuts now looks less clear.

Gazprom Neft, the oil arm of Russian gas company Gazprom, expects the global oil deal to end in the first half of the year, a company official said on Tuesday.

Official data on U.S. inventories from the Energy Information Administration is due on Wednesday.