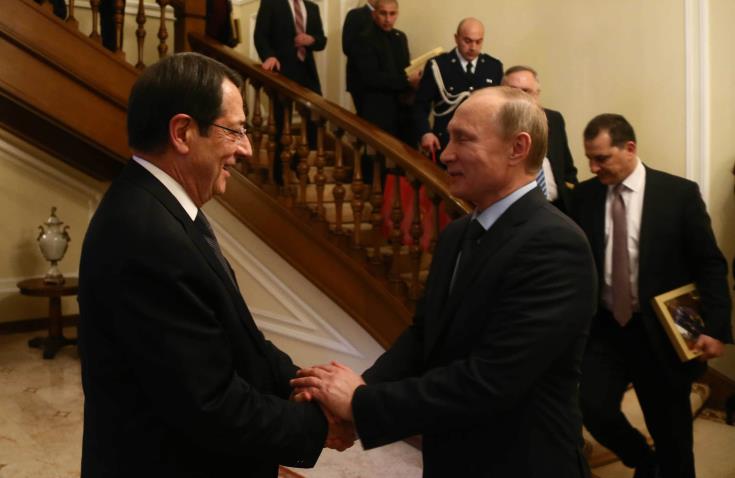 Nicosia expresses reserved optimism for a deal on the issue of the treaty between Cyprus and Russia for the avoidance of double taxation.
Replying to a question on the issue, Government Spokesman Kyriakos Koushos told the Cyprus News Agency that “we are reservedly optimistic that during negotiations on the issue of the agreement for the avoidance of double taxation there will a positive conclusion” reiterating that the negotiations will take place on the 10th and 11th of August.
The Cypriot Finance Ministry said yesterday in a press release that the negotiations will be headed by the Minister of Finance Constantinos Petrides.
Sources of the Ministry have told CNA that Cyprus was exhausting all possibilities to reach an agreement through diplomatic and political contacts.
CNA has learned that the issue was discussed, among others, during a telephone conversation Cyprus President Nicos Anastasiades had recently with his Russian counterpart Vladimir Putin.
The Russian Ministry of Finance announced on Monday that it will initiate the procedure to scrap the double tax agreement with Cyprus from August 3, saying that Cyprus’ proposals on amendments to tax laws are unfeasible.
The Russian Finance Ministry held negotiations with Cyprus’ Ministry of Finance on amendments to the Russian-Cypriot double taxation agreement in respect of increasing the withholding tax to 15% for dividends and interest payments.

By In Cyprus
Previous articleLimassolians rushing to get tested for Covid-19
Next articleRecent Covid-19 cases in Limassol do not constitute a second wave, Professor Karayiannis says