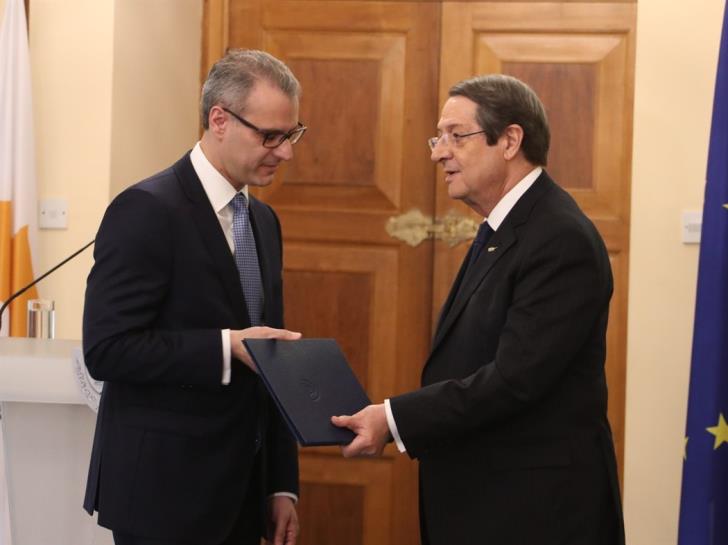 Although there has a been a significant drop in non-performing loans, levels remain too high and constitute a challenge that must be tackled, President Nicos Anastasiades said on Tuesday.

He was speaking at the official appointment ceremony of new Central Bank governor Constantinos Herodotou at the Presidential Palace.

Moreover, though prudent and effective supervision over credit institutions, the Central Bank has the basic responsibility to safeguard financial stability, acting in line with the guidelines and directives of the Europeab Central Bank, the president said.

Herodotou, who succeeds Chrystalla Georghadji at the helm of the Central Bank, said he was fully cognisant of the responsibilities he is undertaking and assured that his main concern was to safeguard financial stability.

He pledged to always act within the framework of the laws and regulations of the Central Bank as well as good governance to continually enhance the reputation of the bank, maintaining it at high levels both at home and abroad.

As regards participation in European and international bodies, he assured that this will always be preceded by good and careful preparation.

“The basic aim in all these contacts is to safeguard financial stability of the country and to contribute to the formulation of the economic and monetary policy of the Eurozone,” he said.

“My aim and objective is to always bring  value and honour to the position to which you appointed me and not to draw from it,” he added.