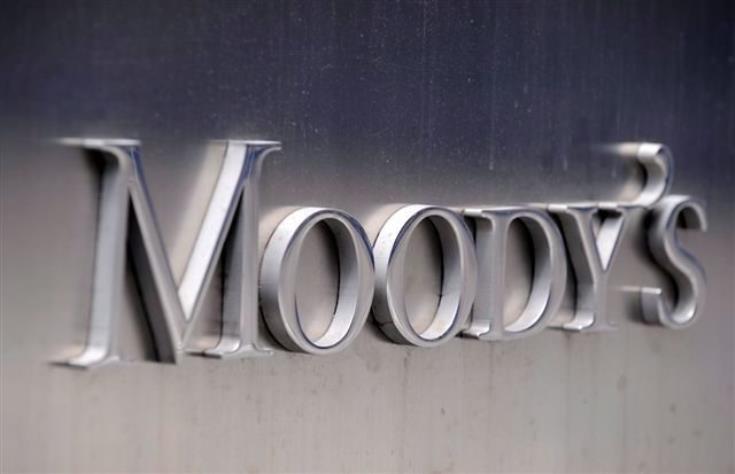 Rating agency Moody’s changed the outlook for the Cypriot economy to positive from stable, citing the reduction of the sovereign exposure to event risks stemming from the banking sector and the improving fiscal strength beating previous expectations.

However, Moody’s affirmed Cyprus’ long-term rating to Ba2, two notches below investment-grade, and remains the only rating agency to maintain Cyprus` rating to junk.

“The primary driver of the positive outlook is that Cyprus`s bank-related exposure to event risk continues to decline,” Moody’s said, noting that policy action by the government and actions by the banks will likely lead to a further large reduction in non-performing exposures (NPEs) over the coming 18 months.

Recalling that NPEs in the Cypriot banking sector declined to 30.6% of gross loans in March 2019 from their peak of 49.8% in May 2016, Moody`s said it “expects that number to continue to fall, and quite possibly to halve, over the next 12-18 months.”

The agency cites two factors. Namely the government scheme ESTIA, launched on 2 September, aiming to subsidize repayment of NPEs collateralized by primary residences by one third with Moody’s noting that these loans “are the most difficult area of NPEs.”
According to Moody’s ESTIA will assist repayment of NPEs amounting to € 1.1 billion held by Bank of Cyprus and Hellenic Bank rated by the agency.

“These NPLs amounted to 11% of total NPEs in the banking sector as of March 2019,” the agency added.

The agency also notes it expects that “the banks will complete further major asset sales over the period,” noting that the amendments approved by the Parliament on forecloses, which have been referred to the Supreme Court, “would hinder the process somewhat.”

Furthermore, Moody’s noted that “Cyprus`s debt metrics are improving at a faster pace than we had previously anticipated and from a lower level,” noting that the impact of the resolution of Cyprus Cooperative Bank had a less pronounced impact on the country`s debt burden last year, increasing the debt burden to only 102.5% compared to Moody`s previous expectations of 107% of GDP.

The government was forced to issue 3.2 in bonds in the second half of 2018 to facilitate the sale of nationalized Cooperative Cyprus Bank to Hellenic Bank, which lead to a spike in the country’s nationa debt above 100%.

“Since then, the government has returned to running large primary and fiscal surpluses , and we expect this trend to continue,” the agency added, adding that they “now forecast that debt will fall to 97% of GDP this year and, due to sizeable primary surpluses and ongoing low funding costs, it will continue to fall by around 5 percentage points per annum, to around 75% by the end of 2023.”

Noting the improved resilience of the government`s balance sheet. Moody’s added that “while Cyprus faces rising spending pressures coming from health care, public sector wages, and Estia, we believe that the debt burden will continue to decline, albeit at a slower pace, even were these pressures to increase expenditure levels.”
On the affirmation of Cyprus’ rating to Ba2, Moody’s said cited Cyprus’ “small but wealthy economy, and improvements in its economic resilience in recent years,” and the government`s track record of fiscal outperformance in the wake of the country`s banking crisis.”

The agency cited however Cyprus’ challenges arising from its small and relatively undiversified economy, as well as from high levels of government, non-financial corporate, and household debt, increased spending pressures which potentially could weigh on fiscal prospects, the island’s weaker institutions compared to other EU peers and the still-large financial sector remains burdened by the second-highest NPE ratio in the European Union.

Moody’s noted it could consider upgrading Cyprus`s sovereign rating if NPEs were indeed to continue to fall to levels substantially below 20%, reflecting a material improvement in the strength of the banking system and reducing contingent liability risk and if there is “greater clarity” that the debt burden will continue to fall steadily to below 90% over the coming 1-2 years.

Concluding, Moody’s said “while a downgrade is currently unlikely, as reflected by the positive outlook,” the issuer`s credit profile could weaken if growth or fiscal policy decisions were to cause a reversal of the supportive fundamental debt trend. Failure to bring down the stock of NPEs in the banking sector would also put downward pressure on the rating.

By In Cyprus
Previous articlePaphos: Police clamp down on noise pollution
Next articlePaphos: 43-year-old man in custody for theft and indecent assault