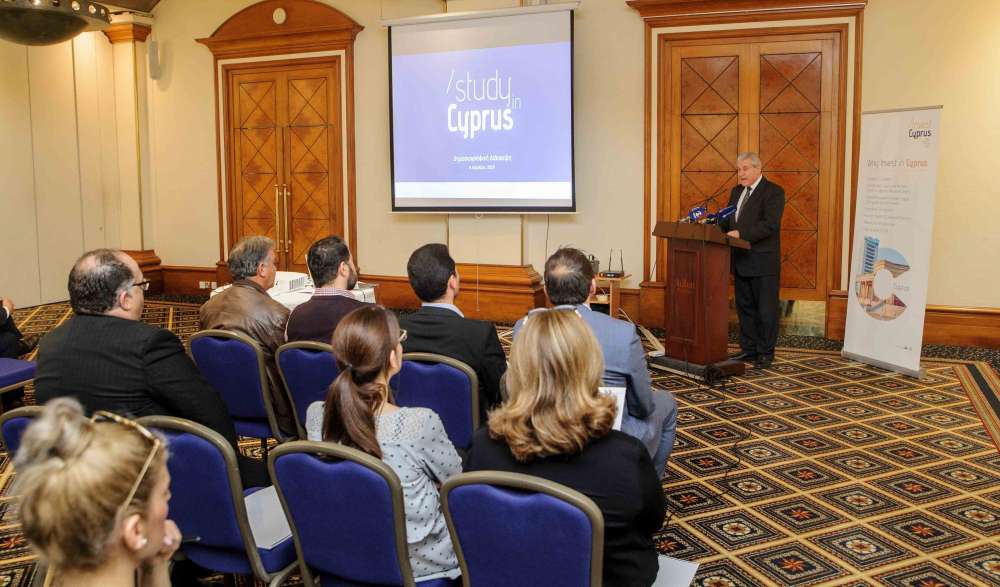 The Cyprus Investment Promotion Agency (Invest Cyprus), in cooperation with the Ministry of Education and Cypriot universities have joined forces to promote Cyprus as an educational centre of excellence abroad and attract foreign students

The “Study in Cyprus” campaign aims to create, promote and establish a common brand for the sector, a press conference held in Nicosia on Thursday heard.

For this purpose, specialised promotional material has been prepared with a view to attract foreign students, including a leaflet on higher education as well as two promotional movies that will be distributed to all Cypriot universities.

Furthermore, a website specifically dedicated to the sector has been set up, which will include all relevant information on studying as well as living and working in Cyprus (www.studyincyprus.org.cy).

The material was presented by the Investment Promotion Officer,  Lito Miranthi, who has taken up a coordinating role in this effort.

In his address at Chairman of Invest Cyprus, Michalis P. Michael said that with the contribution of foreign investors Cyprus universities have upgraded their programmes in the last few years and this reflected in the increased inflow of students to Cyprus. According to Michael, there is room for improvement since Cyprus has comparative advantages that make it an excellent destination for studies.

Amongst others, Michael referred to the high-level academic programmes that the three public and five private universities offer, their state-of-the-art facilities, their distinguished academic faculty, their innovative research programmes, the partnerships they have developed with leading universities abroad, as well as the quality of life and the hospitable environment that Cyprus can offer to any foreign student.

Michael underlined that Invest Cyprus undertook this initiative, confident of building further on the positive inflow of foreign students Cyprus is already recording.

“Our goal is to promote Cyprus as an international education and research centre of excellence and attract an even larger number of foreign students. Invest Cyprus will work intensively, consistently and with determination to achieve this goal,” he said.

In an address that was read on his behalf by Stelios Christofides, a Senior Officer of the Ministry, the Minister of Education Costas Hambiaouris congratulated Invest Cyprus for its initiative, while he also welcomed the partnerships that have been developed between the Agency and Cypriot universities, in the context of the “Study in Cyprus” campaign.

Hambiaouris underlined that the promotion of Cypriot universities is a government objective.

“The Ministry of Education, as well as the government have drawn up a strategic plan for Education. One of the main goals of the strategic plan is the internationalisation of Cyprus’ higher education sector and the attraction of high-quality foreign students”, he mentioned.