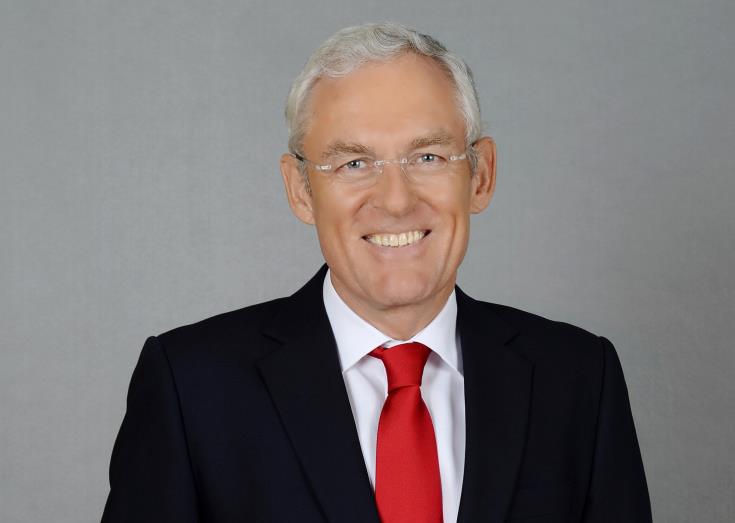 Esben Poulsson, the Chairman of the International Chamber of Shipping (ICS) has praised the Cyprus Shipping Chamber (CSC) as a “model member”, while he stressed that the lifting of the restrictions imposed by Turkey on Cypriot-flagged ships would be result in a win-win situation.

Poulsson will attend the CSC’s annual meeting on May 30 which will mark its 30th anniversary.

“Co-operation with CSC is excellent and as far as ICS is concerned CSC is pretty much a model example of what an effective national shipowners’ association should be like,” Poulsson told in an interview with CNA, adding that CSC officials have during the years acted as Vice-Chairmen of ICS as well as Chairmen of ICS Committees actively participating in policy making, consulting thoroughly on many complex topics with their member shipping companies in Cyprus.

The Chairman of the London-based ICS highlighted that the CSC is very effective in taking agreed ICS positions to the Cyprus Government.

“As I said, CSC is very much a model ICS member. This is one of the reasons that as Chairman of the ICS I have accepted to attend and address the CSC’s Annual General Meeting at a special occasion in celebrating its 30th Year Anniversary. I believe that my presence at the Chamber’s 30th Annual General Meeting shows our appreciation to the CSC for its valuable contribution to the ICS through the years, recognising as such, its important role towards shaping future policies for international shipping,” he said.

Asked on the ICS’ view on the restriction imposed by Turkey on Cyprus shipping, Poulsson said although the ICS is a non-political trade association, “when requested by our members and in the interests of maintaining free trade principles we have communicated with the United Nations among others about the need for a resolution to this long standing trade restriction, which I know is of great concern to CSC and its members but it also affects international shipping as well.”

“We believe strongly in a ‘level playing field’ for international shipping, and open access for international trade as being the means to ensure that world trade can be moved most cost effectively, to the benefit of the people of all countries, and we lobby strongly against any practices which represent a constraint on free trade in goods and services,” he said, pointing out that “a lifting of this trade restriction would be to the benefit of Turkey, Cyprus, and to international trade at large.”

Furthermore, on global shipping prospects, Poulsson said prospects for rapid future trade growth do look a little worrying, as global GDP growth is likely be slower this year and decelerate some more next year too.

He also recalled that apart from the danger that the trade war between the US and China will continue to escalate, there are already indications that the rate of growth in China is slowing – with 2018 being the slowest year of growth since 1990, even if growth of 6.5% continues to be look impressive.

“But if China catches a cold then so does shipping, and a lot will depend on the measures that the Chinese authorities take in response to any downturn so that the risk of a full-blown recession can hopefully be avoided,” he added.

On trade tensions and its impact on global shipping, Poulsson was clear that “there is risk that a full-blown trade war would impact on overall demand for shipping, increasing the danger of overcapacity and the return of unsustainable freight rates, especially as the sector is about to have to absorb the significant extra cost of compliance with the 2020 global sulphur cap.”

“Our real concern is how a trade war could affect sentiment in the wider economy,” he went on, “If it reduces investment and economic activity then we could have a serious problem, but there is still a possibility that the immediate dispute between China and the President Trump will be successfully resolved.”

Moreover, Poulsson voiced the ICS’ concerns in view of the view on new Sulphur emission regulations next year.

He made clear that the Chamber welcomes and fully supports the new regulation concerning sulphur emissions reduction which will bring great benefits to human health and our oceans, adding that the industry has worked closely with regulators on various preparatory and transitional issues and already started preparing for implementation.

“Nevertheless, the industry still has operational and safety concerns relating to the worldwide availability of compliant and safe fuels as well as the realistic and pragmatic global enforcement of the regulation,” he stressed.

Concerning price effects, Poulsson pointed out that “the big unknown is what the precise cost of compliant low sulphur fuels will on 1 January, and in the immediate months beforehand as shipowners start ordering these fuels.”

He said that prices of low sulphur fuel “will certainly be much more expensive, than the residual fuel which the majority of ships currently burn, but with variations from region to region and port to port”

“The impact will be significant, and whilst estimates vary, some analysts predict a collective cost to the global industry of something in the order of USD 50 billion per annum,” he said.

By In Cyprus
Previous article
At least 40 inmates strangled to death in Amazon prison gang clashes
Next article
Ireland, Cyprus partner up to create Maritime Research Centre in Larnaca (video)