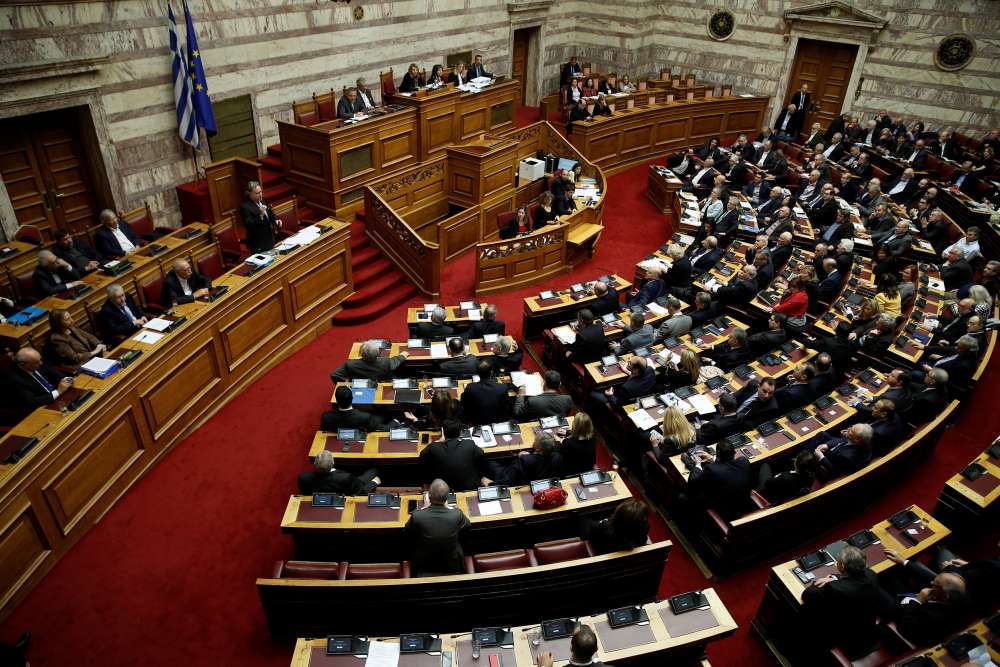 A vote by Greek parliament last week cleared a path for Greece’s northern neighbour Macedonia, under its new name, to join NATO, and paved the way for a Greek five-year a bond sale.

“In terms of rational, right now, when you adjust spreads by volatility, Greece offers a chunky pick up versus Bunds,” Jamie Costero, bond strategist at BBVA, said.

He said when you looked at the volatility-adjusted spread of Greece this was double that of Spain and more than double of Italy.

Greek 10-year government bonds offer a spread of 369 basis points over the 10-year German Bund, seen as the risk-free benchmark for the region, versus 104 basis points for Spain’s 10-year bond spread.,

Elsewhere, broader euro zone bond yields held firm on Wednesday after British lawmakers voted down a proposal in parliament that aimed to prevent a potentially chaotic “no-deal” Brexit which markets appear reluctant to price in.

Core bloc bond investors paused for breath following the vote, and ahead of key euro zone data, the U.S. Federal Reserve press conference, and the resumption of trade talks between China and the U.S., all due later on Wednesday.

British lawmakers on Tuesday instructed Prime Minister Theresa May to reopen a Brexit treaty with the European Union to replace a controversial Irish border arrangement – and promptly received a flat rejection from Brussels.

At the same time, parliament rejected a proposal to stop a potentially chaotic “no-deal” exit by making May ask Brussels for a delay if she cannot get a deal past lawmakers.

“Given the UK amendments and what (European Council President Donald) Tusk said, this combination increases the risk of a disorderly Brexit. The market is reluctant to price this scenario,” Rieger said. “The market still maintains its faith that reason will prevail. This morning, it looks quite a fantasy to come up with such a scenario.”

Euro zone bond yields were largely unchanged, , even though Goldman Sachs and others, saw the chance of a no-deal Brexit increasing.