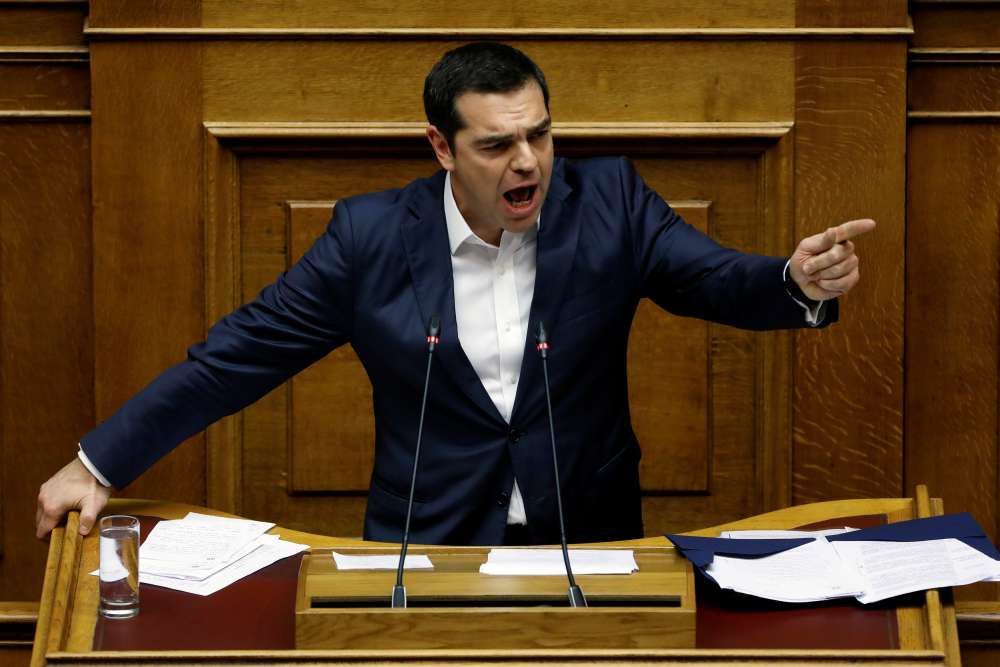 Greek 10-year borrowing costs dropped to a four-month low on Monday after the country’s parliament approved a deal last week that changes the name of neighbouring Macedonia, ending a 28-year row and paving the way for a five-year bond sale.

Greece’s parliament on Friday ratified an accord over the use of the term “Macedonia” that would see the tiny Balkan state renamed “Republic of North Macedonia”, unblocking after decades the ex-Yugoslav republic’s aspirations to join the European Union and NATO.

In addition to ending political uncertainty, it also meant the Greek debt agency was free to return to bond markets with an expected five-year syndicated issue; which they promptly did by announcing the deal on Monday mid-morning.

“In general, Greece has a strong liquidity buffer, but it is always good news if an issuer like Greece is able to enter the market,” said DZ Bank rates strategist Daniel Lenz.

He was referring to the country’s last bailout agreement with the euro zone which means it is not under pressure to raise funds in the near future.

“Everybody is still concerned about the long term credibility of Greece, but a new deal now would show that it is on the right track for future development,” Lenz added.

The yield on 10-year Greek debt was down 1.5 basis points at 4.07 percent, its lowest since late September last year, and is down 35 bps from the start of the year.

The country’s five-year bond yield, meanwhile, was unchanged at 3.06 percent, but not too far from a six-month low of 2.98 percent hit last week.

Macedonian bonds also benefited from the news, with yields on a Jan 2025 issue hitting a one-year low of 2.51 percent.

Germany’s 10-year government bond yield was marginally lower at 0.194 percent, having been pushed lower last week when ECB President Mario Draghi warned that risks to the euro zone economy were now to the downside.

Draghi is due to speak later on Monday at the European Parliament in Brussels and investors will keep an eye out for any further details on potential changes to monetary policy, said Lenz of DZ Bank.

Italian bond yields were higher across the board after the country’s debt agency announced late on Friday it would sell 6.5-8 billion euros of bonds in an auction this week, including five-year and 10-year bonds.