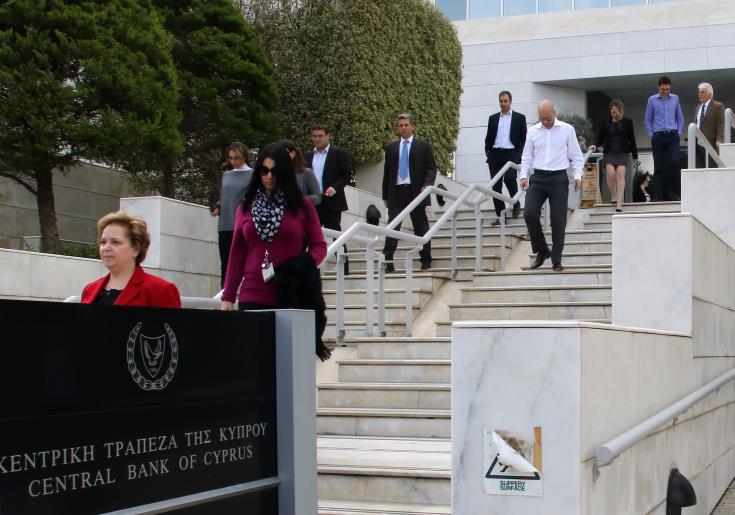 Deposits of non-residents in the Cypriot banking system fell by nearly 13% in 2018 as a result of stricter policies against money laundering, the Central Bank of Cyprus has said.

Central Bank data show that on the basis of net transactions deposits of non-residents presented a drop of €1.4 billion.

“This is partially due to stricter guidelines given to the banks in the framework of enhanced practices in combating the legalisation of income from illicit activities,” the Central Bank says in its annual report for 2018.

In contrast, the uncertainty caused by the transaction of the former Cyprus Cooperative Bank (CCB) resulted in a stabilisation of Cypriot residents’ deposits, which recorded in December of 2018 an increase of 2.1% on an annual basis, compared to an annual increase of 5.5% at the end of 2017.

At the same time the Central Bank notes that the sale of certain assets and obligations of the CCB to the Hellenic Bank and the conversion of the first into an credit purchase company since it has to manage non-performing exposures, which were not transferred to the Hellenic Bank of the order of €7 billion, were significant developments during the year.

The former CCB’s NPEs are now outside the banking sector, which has visibly reduced the amount of NPEs in the Cypriot banking system, the report reads, while the Bank of Cyprus has also sold NPEs of the order of €2.8 billion.

As a result, the Central Bank says, until September 2018 (latest available data), NPEs recorded a sharp drop. The sale of NPEs and the reclassification of loans as assets which are available for sale contributed to that.

“Despite the significant progress achieved, NPEs are still in higher than the rest euro area levels, burdening the local banking sector and limiting the offer of credit,” the Central Bank says.

The Central Bank also estimates that a further reduction of NPEs will take place as a result of a strengthened legal framework and the expected implementation of the “ESTIA” scheme.

The merger of USB with Astrobank is also referred to as a significant development.

The Central Bank of Cyprus notes however that at the end of 2018 the global economy had deceleration signs due to the global economic cycle maturing, a reduction of monetary support measures in developed economies and the impact of the imposition of duties between the United States and China.

It therefore, expects a deceleration of the GDP growth rate in 2019 and its stabilisation in the next two years.

For  2018 it expects a growth rate of 3.8% with a gradual deceleration to 3.2% until 2020. However, it projects that the growth rate will reach 3.3% in 2021, taking into account “a conservative estimate on the impact of the casino operation.”

By In Cyprus
Previous article15 days jail for drunk driving
Next articleMan booked for speeding, driving under influence of alcohol, drugs and no insurance