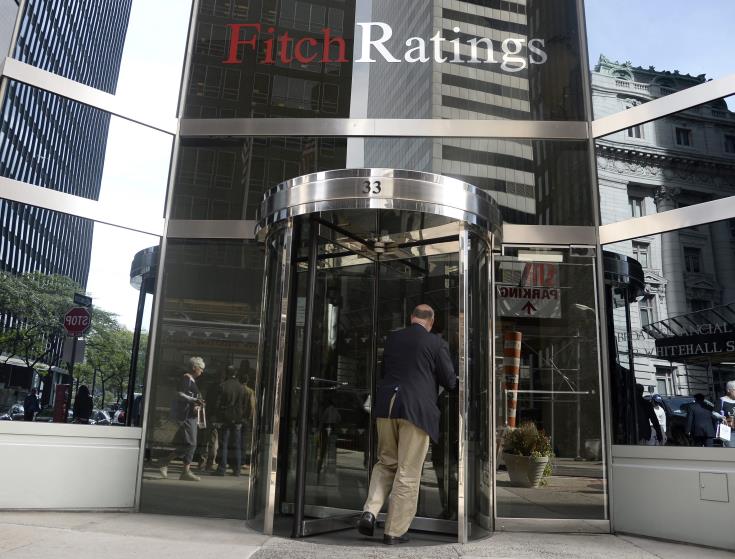 In its rationale, the agency, noted that Cyprus`s ratings balance per capita GDP and governance indicators in line with the `A` rather than the `BBB` median, a broad-based economic recovery and a substantial budget surplus with the crisis legacy of high public debt and non-performing exposures (NPEs) in the banking sector.

According to Fitch, the buoyant cyclical recovery of the economy continued in 2018, significantly exceeding eurozone dynamics, with a GDP growth of 3.9% driven primarily by domestic demand, including large foreign-financed investment projects in real estate and tourism, and robust private consumption.

Fitch forecasts growth to slow in 2019 and 2020 to 3.5% and 2.8%, respectively, as the spare capacity in the economy has been gradually absorbed and the external environment becomes less supportive.

“The combination of prudent fiscal policy stance and buoyant cyclical recovery resulted in a further improvement in the budget balance,” the agency said, adding the general government surplus, excluding one-off items, reached 3.2% of GDP in 2018 from 1.8% in 2017 and 0.3% in 2016.

“Cyprus has the largest budget surplus among eurozone members and the surplus is also significant compared with a category median of a 2.3% deficit,” it added, forecasting that the budget surplus is forecast to remain above 2% of GDP in 2019 and 2020, well above the requirements of the EU fiscal rule.

Cyprus’ debt, is on a firm downward trajectory, interrupted in 2018 by an increase (by EUR3.19 billion, equal to 15.5% of GDP) due to transactions related to the sale of Cyprus Cooperative Bank (CCB) to Hellenic Bank (HB), which was partly offset by an EUR800 million early debt repayment in December 2018.

“According to our debt dynamics simulation, although the primary surpluses are expected to decline, they will remain substantial, and combined with robust growth and contained nominal effective interest rates will reduce GGGD/GDP to 70% of GDP by 2026” the agency added, noting that court rulings on public sector wage cuts could lead to lower budget surpluses until 2022 but would not undermine the downward debt trajectory.
On the banking system, Fitch noted that following the completion of the CCB transaction Fitch upgraded HB to `B+` from `B` in March 2019, but the Banking System Indicator (BSI), the weighted average Viability Rating of institutions in the highly concentrated banking sector, remains unchanged at `b`.

The banking sector remains a weakness relative to `BBB` peers due primarily to the weak asset quality and high NPE ratios that are still weighing on capital, in particular capital at risk from unreserved problem assets, and profitability, Fitch added.

As the agency said, the ratio of NPEs to total loans decreased substantially from 43.7% at end-2017 to 32% at end-November 2018, but still remains among the highest in the EU.

The NPE decline in 2018 was predominantly driven by two large transactions: the transfer into a run-off entity of CCB`s EUR5.7 billion NPEs and securitisation by Bank of Cyprus (BoC) of EUR2.7 billion gross NPEs. Total banking sector assets were equal to 290% of GDP at the end of 3Q18.

“Addressing the legacy issues in the banking sector remains an economic policy priority,” Fitch said, recalling that key legislative amendments aimed at facilitating NPEs securitisation and sales of loans, and strengthening foreclosure and insolvency toolkits were adopted by parliament in 2018, while the government will soon launch a subsidy scheme (Estia) to help defaulting mortgage borrowers through loan restructurings and state subsidies to incentivise loan repayment.

However, the agency said private sector debt and non-performing exposures remain high at 154% (excluding special purpose entities; SPEs) and 55% of GDP in 3Q18, respectively, and constrain credit growth, with the recent decline in the indebtedness stemming mostly from debt-to-asset swaps, loan write-offs and high nominal GDP growth rather than loan repayment.

On the government’s current account deficit, Fitch said the shortfall widened during the cyclical recovery as strengthening domestic demand, especially in the construction sector, has led to strong import growth.

The agency estimates an average 8.5% of GDP deficit over 2017-2019, compared with the current `BBB` median of 1.8%, pointing out that when excluding SPEs including shipping and financial companies that materially distort external statistics, the current account deficit decreases substantially, according to the Central Bank of Cyprus.

Furthermore, Fitch noted that Cyprus`s financing flexibility has improved substantially since the country exited the macroeconomic adjustment programme in March 2016, with improved access to capital markets by issuing regular Eurobonds with increasing maturities, most recently a 15-year bond with a 2.75% yield in February 2019.

“The sovereign has a cash buffer that covers more than the government`s medium-term debt management target of prefunding the next nine months of gross financing needs,” it added.

According to Fitch, further developments such as materially reduced contingent liabilities to the sovereign stemming from the banking sector, for example from declining NPEs, marked reduction in the GGGD/GDP ratio and reduced vulnerability to external shocks, for example stemming from reduced reliance on non-resident deposits may lead to positive rating actions.

Future developments that may, individually or collectively, lead to positive rating action include heightened risks in the banking sector, for example from deterioration in asset quality; and stalling of the decline in the government debt-to-GDP ratio, for example due to deterioration of budget balances, weak growth or materialisation of contingent liabilities.