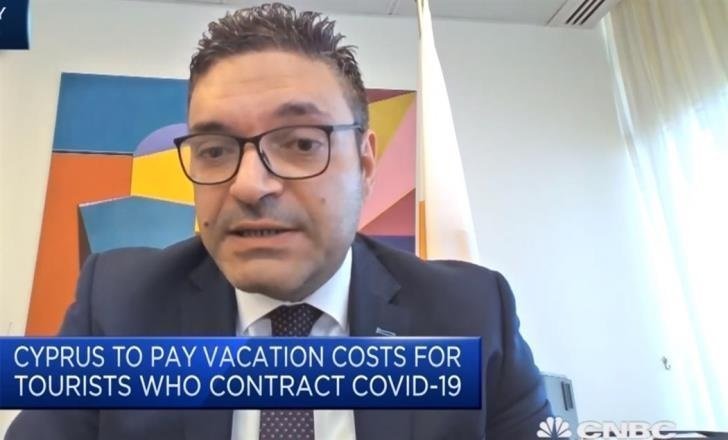 Finance Minister Constantinos Petrides struck an upbeat note on Wednesday, telling CNBC International he was “quite optimistic” that Cyprus would have “important tourist arrivals this year,” because of its success in handling the coronavirus outbreak.

“It would not be too much to say that we almost a pandemic free country right now. We are also strengthening our incentives with airlines,” he said and referred to the recent announcement by Wizz Air to make Larnaca Airport one of its all year bases.

Asked about his forecast for the economy, in view of some projections of a 7% slump in GDP, Petrides said he was confident that with the reopening of the economy the government was now in a position to revise its forecasts upwards and Cyprus would not see the bad scenario.

He said the instruments given by ECB were welcome and Cyprus has taken advantage of them but it was important to proceed with the EU Commission’s recovery fund. Cyprus position was that it should be based more or grants and less on financing.

“We should also take into consideration that we have to help sectors and geographical areas which have been hit more by this crisis.”

By In Cyprus
Previous articleMoH in call for applications to staff thermal camera posts at airports
Next articleAnother 10,000 free Covid-19 tests as economy reopens