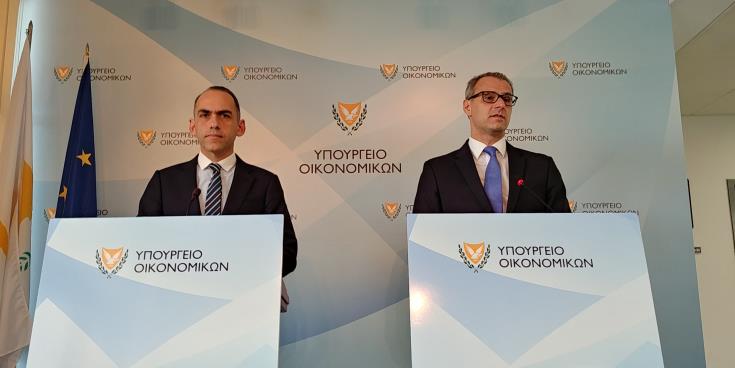 Minister of Finance Harris Georgiades and new Governor of the Central Bank of Cyprus Constantinos Herodotou (CBC) pledged on Tuesday to set their cooperation on a new basis with a view to further promoting financial stability.

Herodotou and Georgiades had their first official meeting today, with the Finance Minister stating that the meeting was not a mere courtesy call but “a substantive working meeting”, adding that their cooperation will enter into a new basis.

“We decided that this cooperation will be systematic, will be constant,” he said, adding that there was big progress in the economy and the banking sector in the last years “but there is still work to be done and in this context we believe that cooperation between the CBC, the government and the Finance Ministry is indispensable.”

Georgiades said the top priority is the even bigger and drastic reduction of non-performing loans that remain in the baking system.

In his remarks, Herodotou said cooperation is necessary for safeguarding financial stability.

Herodotou also said he is programming contacts with the parliamentary parties, adding there will be communications on all levels.

“Communication does not affect the CBC’s independence and only by communication we could secure the continuation of the financial stability we have achieved so far,” he stated.