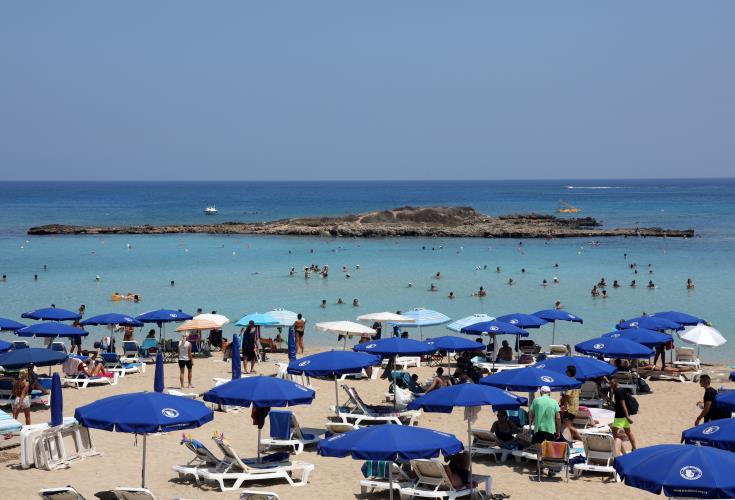 An online conference on “The challenges facing the restart of Cyprus Tourism”,  acknowledged that tourism for the summer 2021 will continue to be difficult but summer 2022 will offer more hope. However, participants  called for seamless procedures and more cost efficient testing done to passengers arriving on the island.

Addressing the virtual conference organised by CYHMA, Dr. Christos Angelides, President of the Cyprus Hotels Managers Association referred to the consequences of the global pandemic to the tourism industry. For Cyprus, he said, the damages are just surfacing. Despite all this, we should not let problems to become a stop sign but an indicator of a new pathway, he said, noting “we need to rebuild our hopes on a new foundation of optimism. Cyprus is ready to face the challenges”.

On his part, Yiannis Karousos, Minister of Transport, Communication & Works said that we are dealing with the biggest crisis in the aviation industry and acknowledged “we are now in the process of restarting and improving Cyprus’ connectivity”.

The Minister underlined that Cyprus has been proactive since last year, the beginning of COVID. It was probably one of the first countries which requested tests to travel to Cyprus, adding our proactive approach, he said, has created opportunities with airlines investing because we are sending a message of stability, especially with the new protocol which came into effect from 1st April.

He also said Cyprus signed agreements to accept vaccination certificates for several countries, (UK, Israel). “We have this interest we didn’t have before. We have many stakeholders watching us.”, he remarked. Cyprus, he said, has been ranked in the first five countries in the way it has responded to COVID with testing reaching 60,000 per day.

We believe that with our proactive approach, “Cyprus will restart” and will be more positive than last year. With the protocols in place which have been updated, there are also temporary incentive schemes which have been extended to the end of the year.

Speaking to participants, Deputy Minister of Tourism, Savvas Perdios said that at this moment of crisis, the industry requires leadership which provides safety and stability. He assured that the participants’ countries will not be placed in any other category other than the three flying categories. “That’s a commitment that you will always be able to fly”, he gave.

Perdios added that Cyprus is open to everyone, as long as they have their tests. “It is not a pre-requisite to be vaccinated in order to come to Cyprus. It doesn’t matter how many variants your country has, it doesn’t matter how many cases it has. This is our thinking, this is the way we have gone about it because the framework we have in place last year has given us the data to know that only 0.1% of all arrivals at the airport actually tested positive”, the Minister said.

Aside from the entry protocol, he added, there are designated quarantine hotels for those who test positive in Cyprus and those who are close contacts of people who test positive. In both cases, he said, Cyprus will cover the cost of the accommodation, medication, food, drink for as long as it takes.

“We need your help so that this message is conveyed on a constant basis, because from 1st April, Cyprus has been open and Cyprus is ready to help you”, he remarked.

Since the 1st of March, he also said, Cyprus began the biggest digital marketing campaign ever, spending significant amounts of money in all additional channels, in all source markets. Also, in the next couple of months, to boost its presence online and its image abroad, “we will launch a new look so people will consider Cyprus from this point onwards”.

Perdios also announced that yesterday Cyprus received approval from the EU, following an initiative by the Ministry of Tourism so that tour operator can qualify for extraordinary support from the Cyprus government from June-September inclusive.

In his remarks, Tim Bachmann, CEO of Hotelplan Suisse said he expects that Cyprus will have a strong comeback. He said travel demand will start in May and the company is planning to extend the season for Cyprus to November.  He called for “reasonable” entry conditions for travellers, proposed antigen fast test on arrival, reliable, reasonable health and safety measures a well as flexibility from partners as bookings will come very short term. For winter 2021. He said he could see the potential to extend the season at least in November/March and that Cyprus should position itself a ‘more than beach’.

Paul Bixby, Commercial & Sourcing Director of  EasyJet Holidays said that he believed restrictions will start to be removed by mid-summer. We continue to plan hundreds of thousands of seats to Cyprus this summer from many departure points and will introduce a new route from London Luton to Larnaca, he said. In addition, we will continue to fly from Milan and Berlin respectively to Paphos and Larnaca.  He talked about a very late booking trend as the summer is approaching due to the uncertainty of the situation.  He also said the booking season to Cyprus continuing until November. People, he added, continue to book all inclusive.

Regarding testing, Bixby said it should be affordable and should be beyond PCR.

Helen Caron, TUI Group Purchasing Director talked about the group’s longstanding and successful partnerships with Cypriot companies, with a 50 year presence on the island through ten source markets and 14 hotels. In 2019 TUI brought to Cyprus over 500,000 passengers from across all markets and carried out 44 weekly flights to Paphos and 55 to Larnaca.

She too talked about flexibility for customers to amend bookings and pledged that as soon as the UK can restart flights, the company will return to Cyprus. Caron also said that there is an uncertainty over testing with people finding that additional testing incurs more cost. She said she would like to see more calls for financial contribution to testing or even offering them free. Caron further said the process should be seamless and that hotel partners should provide testing.

Steve Heapy, CEO Jet2 & Jet2 Holidays said that the company will begin flights after 24th June to allow more time for people to have a clearer picture. The company, he said, had a consistent growth in Cyprus over the years and has a very strong balance sheet on the island. He said more lobbying needs to be done to bring the costs down. Survival is the key now. “We are ready to come back and we will come back in force”, he pledged. When we start operating again, he added, capacity for summer will not be very similar to the original capacity. However, for winter 2021-22 will be higher and 2022’s capacity will be higher than in summer 2019. Our commitment to growing in Cyprus continues, he said.

Sotos Stephanou, Managing Director of Bookcyprus.com pledged to continue promoting Cyprus so that as many people as they can to physically arrive on the island, to build on customer flexibility, refunds, alternative vouchers, and will continue to be so into next year and to focus on innovation. Customer experience is necessary, he said. Cyprus as a destination has done a lot but there is still an issue with flight connectivity and that is why, he added, he was happy to hear both Jet2 and EasyJet ramping up flight connectivity. “We will have another difficult season and I hope that the vaccination will bring an end or at least an operable situation to the travel industry”, he added.

Concluding, Angelides praised the Cyprus government for being on the side of the tourism industry.  We are also happy that Cyprus remains a top choice, a priority for all of our markets. He also said summer 2022 could really be the starting point of a new beginning. “We have to really be ready in cooperation with our partners to offer the Cypriot hospitality and I truly appreciate the truthfulness of the speakers because we need clarity”.