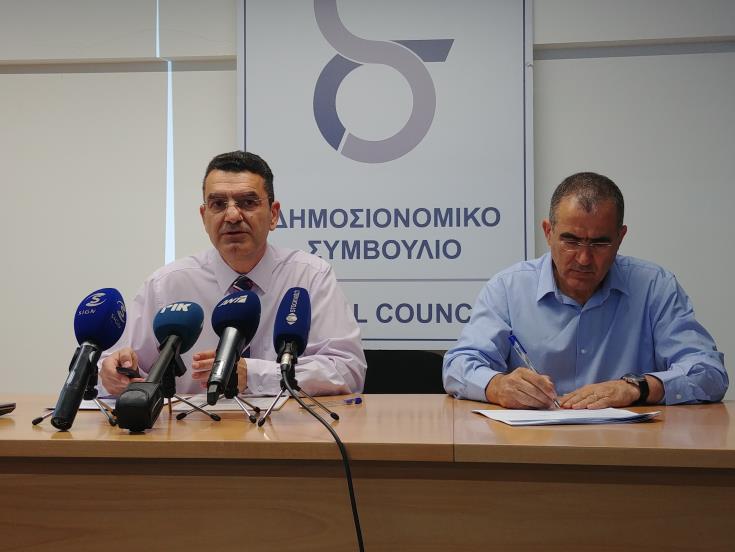 Cyprus needs to implement reforms, boost competitiveness and maintain fiscal surpluses, President of the Fiscal Council Demetris Georgiades said on Thursday pointing out that external risks such as trade wars and a change in the favourable monetary policy could adversely affect the Cypriot economy.

“Cyprus is a small, open but indebted economy and a sharp deceleration of the world economy or a change of the European Central Bank’s monetary policy which would lead to significant increase in financing costs for households and companies and in the longer term of the sovereign, would have huge consequences,” Georgiades told a press conference for the presentation of the council’s spring report.

He highlighted the need to create a rational mechanism that would limit public wagebill increase to the nominal GDP growth, further strengthening of the NPL framework especially as a large part of the NPLs has been assume by the state (following the sale of the CCB) as well the setting up of a binding mechanism that would channel the state’s cash reserves to public debt reduction.

“We are seeing a trend for increased claims and concessions, fiscal surpluses should be safeguarded. It would be appropriate to create a mechanism that would earmark these surpluses for public debt servicing,” Georgiades added, noting such mechanism would lower debt servicing costs.

He also highlighted the need to boost the economy’s competitiveness, an issue raised by many international organisations and surveys.

“The economy may be going well, we may have good results from tourism, real estate and other measures taken in the public and private sectors, but we are not in position to swiftly respond in a new crisis,” he said.

Responding to question, Georgideas said the Cyprus Investment Scheme should change but he did not imply that it should be terminated.

Georgiades also highlighted that the scheme has caused increases in plot prices, increase in construction costs and rent in the areas involved and especially Limassol.

“We point out the risks and is up to the politicians to weigh these issues and take the decisions,” he said.

By In Cyprus
Previous article
CCB closure alleviated major risk to financial stability, but reform momentum must go on -ESM report
Next article
M. Helicar: EU can and must intervene to protect the Kentish plover