Cyprus one in six EU countries with no national minimum wage 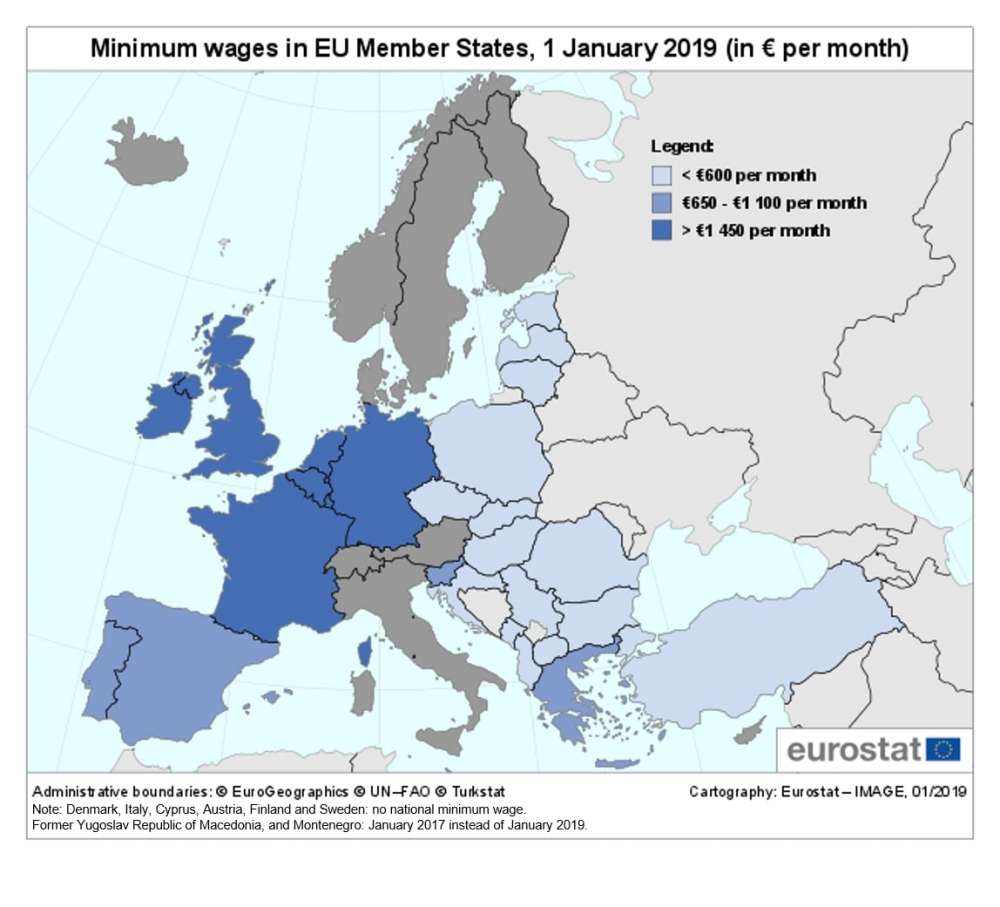 Wages in other professions are set by collective agreement.

For comparison, the federal minimum wage in the United States was €1 098 per month in January 2019. 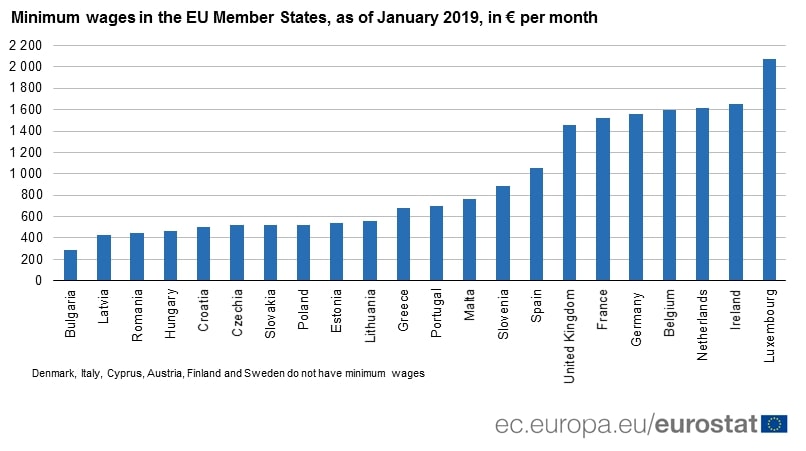 Across the 22 Member States concerned, the highest minimum wage in the EU was more than 7 times higher than the lowest.