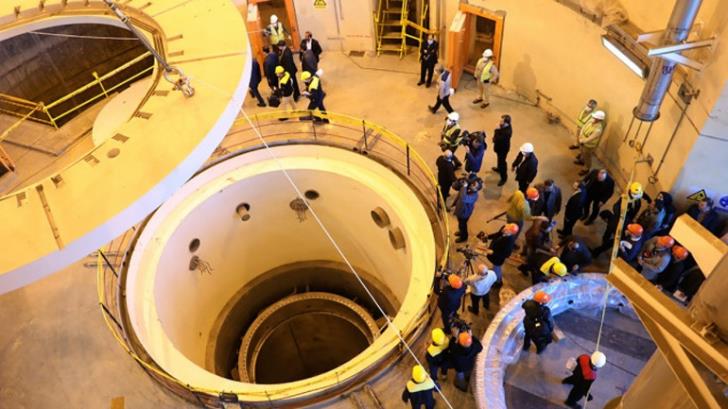 Cyprus’ business community is becoming increasingly concerned about rising tension in the region which brings back bleak memories of the Gulf War, Phileleftheros reports.

Only a day ago, Iran responded to the bombing of General Soleimani’s car with rocket-propelled grenades at two US bases in Iraq. And a Ukrainian 737-800 aircraft crashed shortly after takeoff from Tehran.

Cyprus monitors all developments as the balance of power in the region becomes all the more fragile, the paper also said.

Afterall, the rocket which fell on Pentadactylos mountains in the breakaway north last June, luckily with no casualties recorded, is still fresh in the mind of Cypriots.

Business people are concerned about the geopolitical turmoil, especially with the possibility of the rise in oil prices which would mean higher fuel prices and energy costs in the domestic market.

Even though the impact on prices has been limited and manageable so far despite the rapid developments in Iran, it is feared that a price increase could lead to a negative chain reaction on various sectors – from air transport to energy companies.

“We have overcome many upheavals, even the Syrian crisis, but we do not know what the future has in store. Turmoil in neighbouring countries is a factor that could adversely affect Cyprus. We do not know what impact this will have on our economy in the medium and long term,” he said.

“As a matter of fact, the risk that the price of oil could soar is there. Thus, Cyprus will become an even more expensive destination,” he added.

Loizides also said that the summer season begins in April and may be a long way off, but early bookings start next month.

“Britain has already issued a travel advisory. For the time being this concerns the airspace of the area directly affected and not our country. However, the situation is constantly changing. If fuel prices go up we will have to sell more expensive packages and we are already an expensive destination as it is,” he added.

“Every turmoil or a difficult situation can delay or change a business decision. We are nonetheless a safe country. Challenges are everywhere. We do not know what the future has in store, let’s stay calm,” he said.