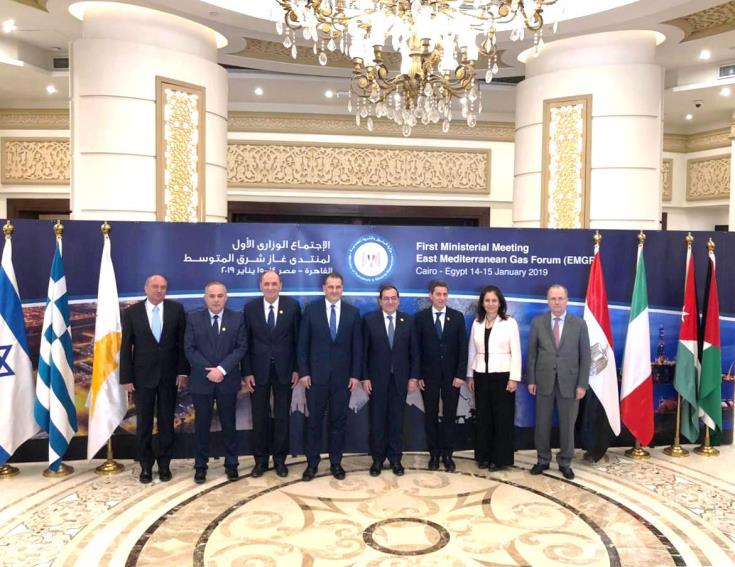 Energy Minister Yiorgos Lakkotrypis has said that the decision to set up the “East Mediterranean Gas Forum” was of enormous importance for Cyprus and its citizens.

Cyprus, Greece, Egypt, Italy, Israel, Jordan and Palestine participate in the “East Mediterranean Gas Forum” which is based in Egypt and its objective is the optimal joint exploitation of hydrocarbon resources in the Eastern Mediterranean.

Lakkotrypis told CNA that the East Mediterranean Gas Forum was  of great importance given its participating countries.

This new international organisation “sends a message to many recipients and especially to the international community that the countries of the region come together to create a framework in which big hydrocarbon companies could operate and to attract multi-billion investments that are necessary for this industry to work in the region,” he said.

The Energy Minister stressed that this agreement brings Cyprus closer to its goal, which is the optimal and safe exploitation of its hydrocarbon resources.

According to Lakkotrypis the first important meeting among the Ministers of the participating countries, held Monday in Cairo, was concluded at the presence of EU and World Bank representatives.

“It’s a platform for dialogue, possibly for planning the infrastructure needed in the region to render the Eastern Mediterranean more competitive in the global energy sector,” he noted.

The decision to set up the forum, said Lakkotrypis, was of great importance for Cyprus due to the leading role it has assumed in the bilateral, trilateral, quadrilateral and multilateral schemes, in order to make this cooperation more feasible.

“This agreement brings us even closer to our goal, which is the optimal and safe exploitation of our country’s hydrocarbon resources. For this reason, alliances in our region are necessary for us to be able to continue exercising our sovereign rights unobstructed,” the Minister pointed out.

He finally said that the Ministers would meet again in the next three or four months. In the meantime, each country, he explained, will examine a draft charter prepared by Egypt, to govern the work of the organisation.