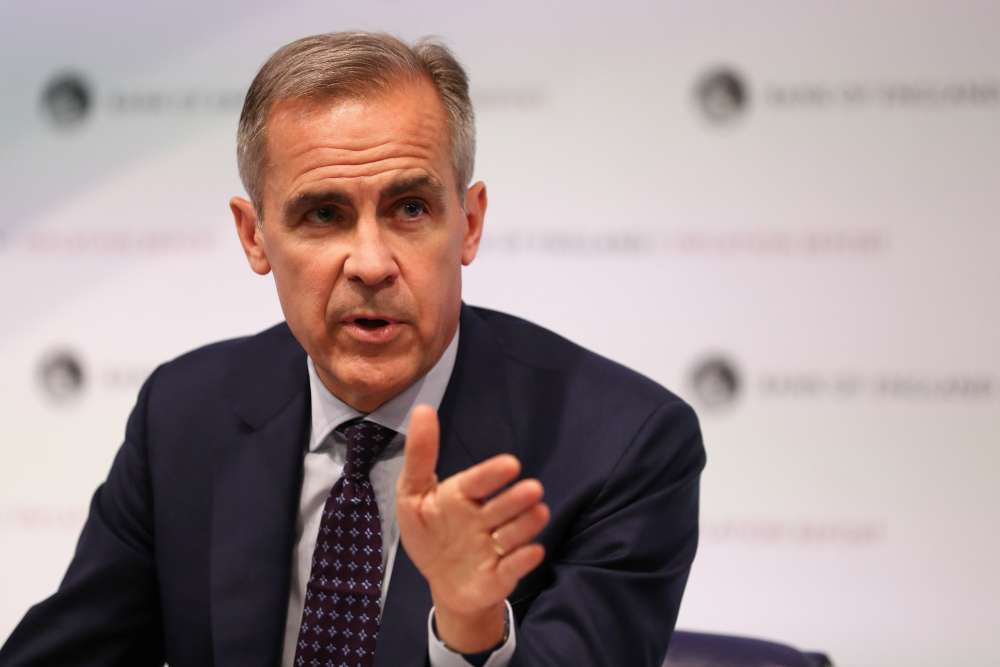 The pound extended losses on Thursday after the Bank of England raised interest rates from crisis era lows but Governor Mark Carney expressed caution about future tightening and the risks of a cliff-edge Brexit.

A broadly rallying dollar also hit the pound as Carney spoke to reporters.

The move lifting interest rates to 0.75 percent from 0.5 percent was widely expected and priced in by traders, although the unanimous decision of the BoE’s nine rate-setters was not. The market initially took that unanimity as a more hawkish-than-expected sign.

But sterling later succumbed to selling pressure and dropped 0.8 percent to $1.3017, down from around $1.31 before Carney had given his news conference.

The pound also fell against the euro from an earlier flat position. It dropped 0.4 percent at 89.150 pence per euro as Carney spoke.

“For me the pound is moving lower as Carney is showing some sympathy towards a possible hard brexit, they are preparing for it as we know. The “walk not run” comment looked to coincide with a further solid move lower for the pound,” said Neil Jones, Head of Hedge Fund FX sales at Mizuho Bank.

Carney reiterated that given that an uncertain Brexit was on the horizon and inflation was expected to fall towards its two percent target over the next three years, the bank would raise rates only gradually and to a limited extent.

Investors have been betting that there will be no further hikes before Britain leaves the EU in March, limiting any strength in the pound.

Sterling has fallen for three consecutive weeks against the dollar and is down close to 10 percent since April, amid worries that Britain will fail to secure a trade deal with the European Union before it exits the bloc.

London and Brussels, as well as members of Prime Minister Theresa May’s government, remain far apart on what the future trading relationship should look like.

“Its a slightly more hawkish rate hike than expected. The Bank of England will continue to signal that rate hikes will be needed but that won’t happen in November or February … May would be my guess for the next hike,” said Kallum Pickering, a UK economist at Berenberg. “It’s all about Brexit for sterling now.”

Several economists have challenged the need for a rate hike, given the Brexit risks and the potential for an escalating tariff conflict between Washington and Beijing to hit the global economy.

“We continue to view even the tentative tightening embarked on since late 2017 as an unnecessary risk, and see several reasons why a hike is not justified at this point,” John Wraith, a strategist with UBS, told clients in a note.

In a sign of economic resilience, growth in Britain’s construction industry unexpectedly shot to a 14-month high in July, according to a survey.

By In Cyprus
Previous article
Police seek help to find missing woman
Next article
EU Commission: Freedom of expression must be respected