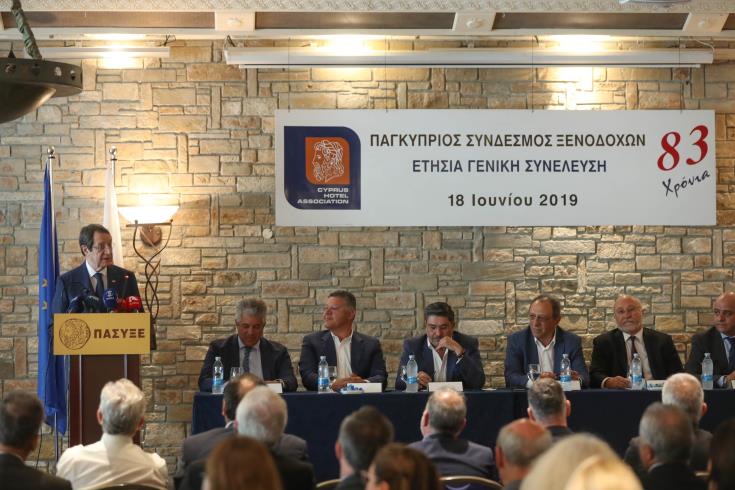 Cyprus hoteliers have sent a memo to the Tax Department and that of Social Insurance asking for tax payment facilities because of the dire consequences from the collapse of British giant Thomas Cook.

A month after the bankruptcy, the Mediterranean island’s hotel industry estimates losses to be over €30 million.

However, the response from both the Tax Commissioner and Social Insurance Service is that they will look at each and every case separately since legislation does not allow them much flexibility.

Hoteliers have asked for non-payment of VAT for contracts they had with Thomas Cook. The law stipulates that tax should be paid to the Department and later be refunded after it is proven that a company did go bankrupt.

Hoteliers have requested payment facilities so that the liquidity of affected companies is not over-burdened, thus, jeopardizing their viability.

Hoteliers argue that they are struggling to meet obligations with almost a month left before the year’s end of the tourist season.

At the same time, they have to also decide whether they should adopt the Minister of Labour’s mediation proposal on the renewal of the hotel industry’s collective agreement or not.

A joint PASYXE-STEK General Assembly will be held on Monday so that decisions are taken on the mediation proposal’s implementation process.

Labour Minister Zeta Emilianidou has already sent out an ultimatum to hoteliers demanding a quick response to the negotiated proposal. Famagusta district hoteliers seem to be the ones most resisting the implementation of the deal which, they argue, increases dramatically operation costs.

They argue that the prospect of pay rises and set minimum wages is coming at a difficult time with the uncertainty of Brexit on the one hand and the collapse of Thomas Cook on the other that are associated with revenue losses.

However, the hoteliers’ main concern at the moment is finding a solution to their biggest problem which is lack of workforce.

That’s why they are appealing to the Minister to allow third-country workers to be hired for jobs that local staff are hard to hire. Insiders say that foreign students and asylum seekers could be a temporary solution.

By Annie Charalambous
Previous article
Report: MPs to lower new fines for traffic offences before approving them
Next article
Stamatellos: Possible discovery of life on Mars to revolutionise astrobiology