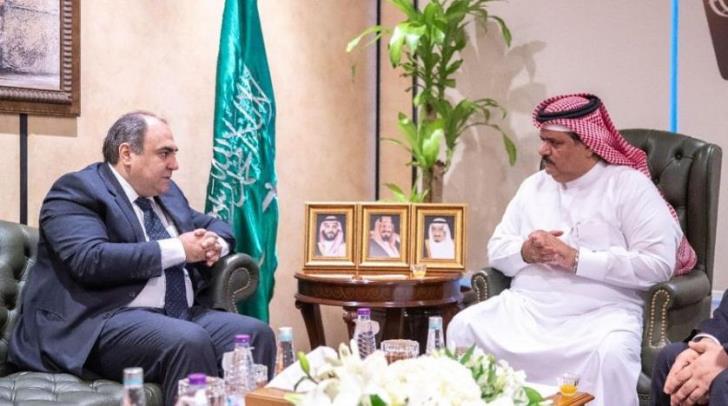 This is obvious after the meeting on Monday of Cyprus ambassador to the United Arab Emirates Stavros Avgoustides with Chairman of the Council of Saudi Chambers of Commerce (CSC) Dr. Sami al-Obeidi at their headquarters in the capital Riyadh.

The Cypriot diplomat focused on the attractive investment opportunities the Mediterranean island provides to Saudi Arabia’s private sector entrepreneurs, as well as on financial facilities and other advantages.

At the same time, Cyprus appears to be part of Saudi Arabia’s plans for the economic development of the Kingdom over the next decade.

“The Kingdom’s vision for 2030 is to find economic and investment links with friendly countries, including the Republic of Cyprus, because of its natural wealth and geographical location,” al-Obeidi said in a statement after the meeting.

The President of the CSC also highlighted the distinct opportunities and advantages offered to Saudi investors by Cypriot counterparts. The stability of the Cypriot economy has already attracted investors and entrepreneurs from the Emirates, he added.

The CSC will support the business sector’s efforts between the two countries by exchanging visits to one another and establishing joint partnerships to promote investment in small and medium-sized enterprises as well as in large-size projects.

As for Avgoustides, he reaffirmed the Cypriot government’s intentions to cooperate abroad and urged Saudi businessmen to take the two countries’ partnership one step further through investments primarily in the fields of tourism, energy and real estate.