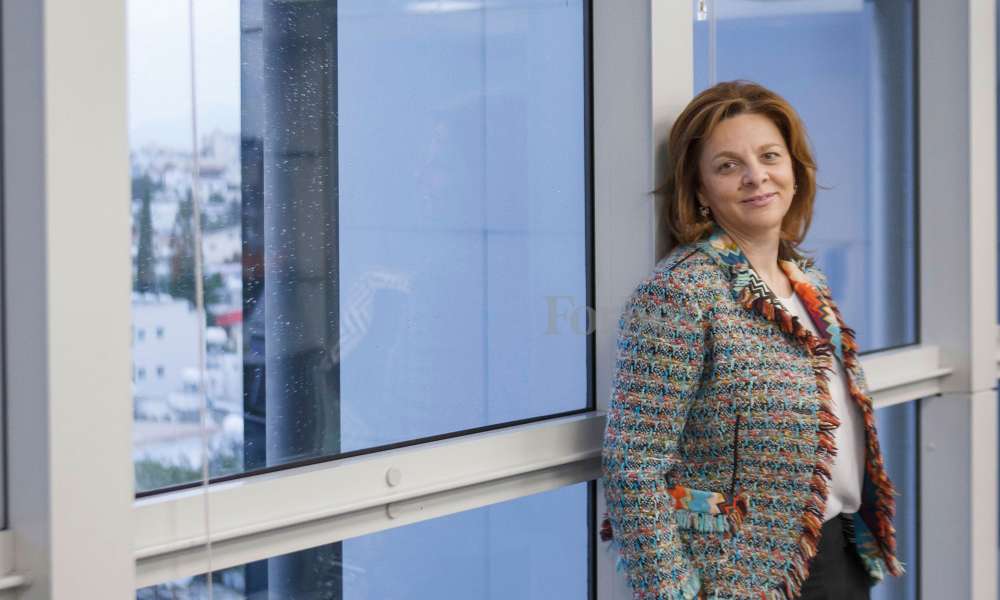 The business community knows her very well. After all, she is the first to admit that these ties/acquaintances have helped her clinch many big deals. Anna Sofroniou and REMU, the Real Estate Management Unit of the Bank of Cyprus, are preparing to bid goodbye to 2018 with sales in excess of €500m.

With a portfolio of red loans of €12b, many of which were in the real estate sector, the Bank of Cyprus decided at a time when non-performing loans were peaking, to set up a special unit to take over management of real estate.

“In essence, it is a fast-track procedure to voluntarily divest real estate, which under these conditions is in the interest both of the bank and of the borrowers themselves who have no other solution than to sell their assets to the bank so as to reduce or pay off their debt,” said the head of the bank’s Real Estate Management Unit.

As a result, large companies’ non-performing loans fell far more quickly. “The bank is considered a good associate for investors who want to invest in real estate in Cyprus and this actually turned out to be the case in practice. We have some of the best real estate on the market which we have every intention to sell at reasonable prices, we are not sentimentally attached to the property – as may have been the case for the original owner, and of course we are a bank. We can lend and facilitate transactions if necessary, provided of course that there is a significant contribution from the buyers and the bank is satisfied they have the right profile and can service and repay such a loan,” Sofroniou explained.

Clearing things up from the beginning

The Bank started acquiring real estate in the beginning of 2016, following a practice which provided for the ‘purchase’ of property as part of restructuring deals at the compulsory purchase value (usually a 25%-30% discount on the open market value of each real estate as set by two independent property valuers). The reason why the Bank decided on acquiring property at this discount was not coincidental. “The main aim was to reflect the value of the real estate in the Bank’s balance sheet at a prudent and fair value without the Bank needing to constantly make alterations in the value of the real estate because of changes in market prices. Any possible losses which may result from the overall agreement and the ‘purchase’ of the real estate is absorbed on completion of the restructuring with the Debt Restructuring Unit  in many cases writing off the balance of loans when the value of the property and other collateral is lower than the loan. If someone studies the Bank’s results, a total of some €1.7b has been written off since the beginning of 2017 to September 2018. “We chose to show the loss from a loan restructuring from the beginning, rather than gloss over the situation, from which we may later have had to make new provisions for some of the real estate,” said the head of REMU.

Property under management by the bank reached a value of €1.6b at the beginning of 2018 and for the first time the published figures for September show a downward trend, as they were contained to €1.5b. “We anticipate that the value of real estate managed by REMU will continue to drop in the coming period, since as the nine month results show, more sales of large value properties are due, whereas, in contrast, as the loan portfolio currently stands (after the agreement to sell a loan portfolio in August) we do not expect to acquire a large volume of properties of significant value henceforth. It is possible however that the volume and numbers of properties may continue to rise,” Sofroniou explained. With more than 1500 properties on its website, REMU covers a large spectrum of market demand.  “REMU is an engine that acquires and sells properties,” said the head of the unit.

Turnover of half a billion

A look at REMU’s results shows that it is one of the biggest businesses in Cyprus. Since the start of the year through to September, it concluded agreements for the sale of real estate worth €410m. Based on the results for the first nine months of 2018, it is projected that up till the end of the year total sales will exceed €500m in value and 410 in terms of the number of properties. That represents more than 15% of the real estate under management. Loss of confidence by co-op depositors during 2018 led many to once again turn to real estate as an investment, contributing to an increase in transactions. Does the specific company generate a profit? Again numbers speak for themselves. For transactions of €189m which were completed by September 2018, the bank made a profit of €32m.  In total, the €189m of sales completed by the Bank were carried out on average at a price of 122% of their book value and 99% of their open market value. “There are many cases where very good properties are sold significantly above their valuation, others were sold below their valuation, but we see that overall there is a profit margin for the unit,” Anna Sofroniou explained.

Another trend that can be seen in the transactions completed by REMU is that Cypriots continue to invest in land. For the first nine months of 2018, 55% of deals completed by the Bank concerned plots of land. And these transactions were at a price which was 128% of their book value.

“Because various things have been said, I would like to clarify that the Unit does not compete with land development and sales companies or with real estate agents. Nor is it the case that REMU sells at low prices, and this is clear from the data. We do not make mass sales at any price. At the same time, everyone should appreciate that unless there are real transactions, the value of real estate cannot rise in theory. For there to be foundation to the position that there are significant increases in real estate prices, there must be transactions.”

Today, the Bank believes it is within its projections as regards the property in its hands, as it had anticipated in 2017 that values would peak in 2018. With the end of the year approaching, a downward trend has started to be seen.

By In Cyprus
Previous articleAnother day of frost, slippery roads in Troodos
Next articlePutin, in New Year letter to Trump, says Moscow is open for dialogue