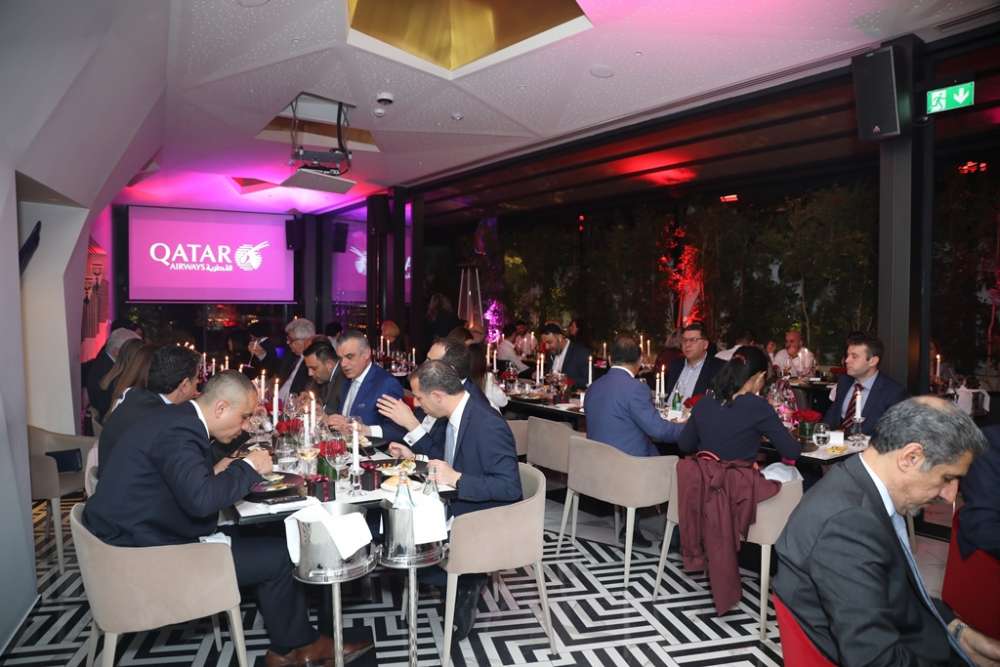 Qatar Airways recently celebrated the fifth anniversary of the start of its services to Cyprus in style at a glittering gala dinner at Pralina Experience, Nicosia.

They were treated to live entertainment including a violin recital and a tango dance performance by a professional tango dance couple.

Qatar Airways Commercial Manager for Cyprus Huda Dawood told guests the event emphasised the importance the airline placed on the Cypriot market. She said: “Following feedback from our loyal passengers, Qatar Airways has increased capacity, taking the number of direct flights from Larnaca to Doha 12 times per week with seasonal extra services of up to 14 times per week.”

Dawood said it was the commitment to quality that was winning the airline so many fans.

The National Carrier of the State of Qatar began flying to Cyprus in April 2014, when it first began direct services to the stunning Eastern Mediterranean coastal resort of Larnaca.