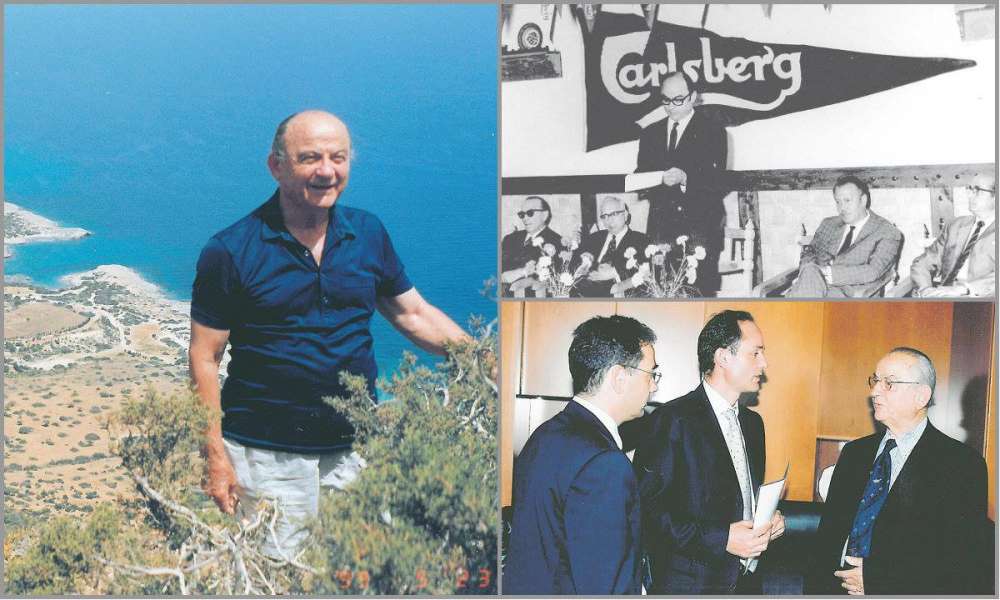 He was born in Angastina in 1920. His first  business venture was in 1942 when he set up a food distribution agency with a friend.   He later set up his own company which in 1967 was licensed by Carlsberg to produce their beer in Cyprus, the first ever such agreement signed by the Danisn brewers worldwide.