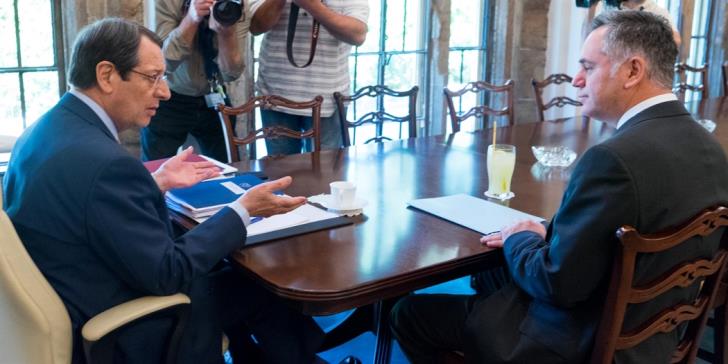 President Nicos Anastasiades meets DIKO president Nicolas Papadopoulos on Monday, as he seeks to shore up support for tougher laws on NPLs and House approval for state guarantees for a Hellenic Bank-Cyprus Co-operative Central Bank deal.

Deadlines are pressing, and the government is anxious to ensure passage of  both measures as soon as possible. The House Finance Committee is expected to begin discussion of the new NPLs framework today.

The government is hoping the House will approve the state guarantees for co-op loans to be transferred to Hellenic, as well as the new NPLs laws this Friday. Alternatively, the final deadline is July 13 when the House breaks up for the summer with the government having already signaled that the new framework impacts on the Hellenic-CCB agreement.

Only the ruling Democratic Rally party has said its 18 MPs will vote for both measures in the 56 member House and once again DIKO and its 10 MPs will play a decisive role.

Meanwhile yesterday, AKEL general secretary Andros Kyprianou stepped up his criticism of the government’s handling of the co-op.