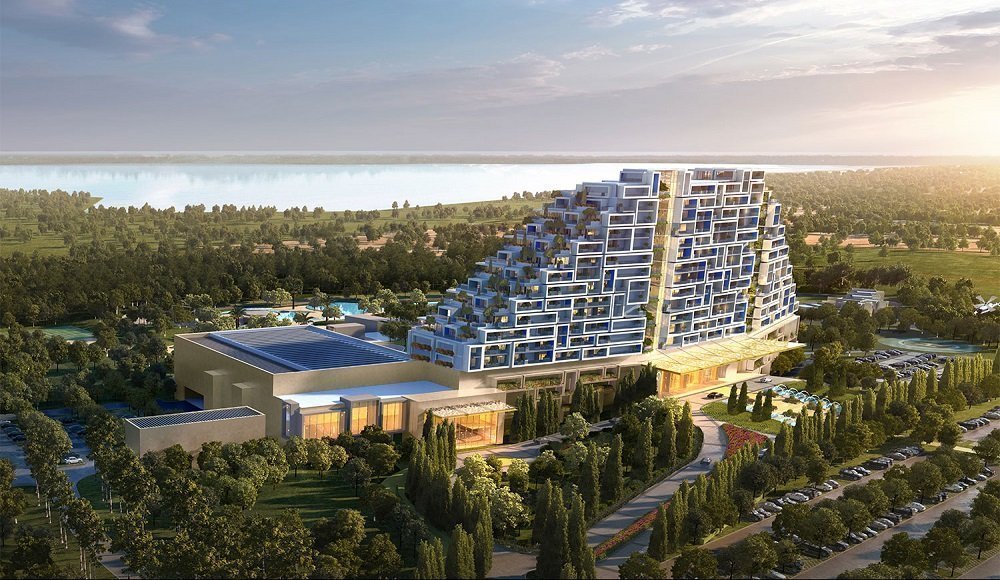 Cyprus’ first integrated casino resort will open its doors to the public by end of 2021 and not in the summer of that year as initially scheduled.

Behind the €550 million investment is the Integrated Casino Resorts Cyprus Limited (ICRC) consortium which is made up of Melco Resorts & Entertainment Limited and Cyprus Phassouri (Zakaki) Limited, a member of CNS Group. It is dubbed ‘City of Dreams–Mediterranean’.

Construction of the ambitious project was undertaken by AVAX- TERNA J.V. and works began last month. But despite the consortium’s request for the project to be completed within 24 months this seems to be impossible due to the extensive infrastructure required.

Insiders told Phileleftheros that minor changes to the original design of the casino-resort have taken place. These mainly concern the layout of the casino’s premises, expansion of some infrastructure, increased number of guest rooms as well as additional gaming area.

These changes significantly rise the overall cost of the investment which is expected to far exceed the originally estimated €550 million.

The ICRC consortium have already submitted the new timetable proposal before the Government Coordinating Committee which is still reviewing it. However, a government source told Phileleftheros this will be approved soon.

In the meantime, following the operation of the satellite casinos in Nicosia and Larnaca Airport back in December 2018 the one in Ayia Napa is a work in progress.

The required licenses have been issued and its full operation is scheduled for July. In addition, the satellite casinos in Paphos and Geroskipou are expected to fully operate in October.