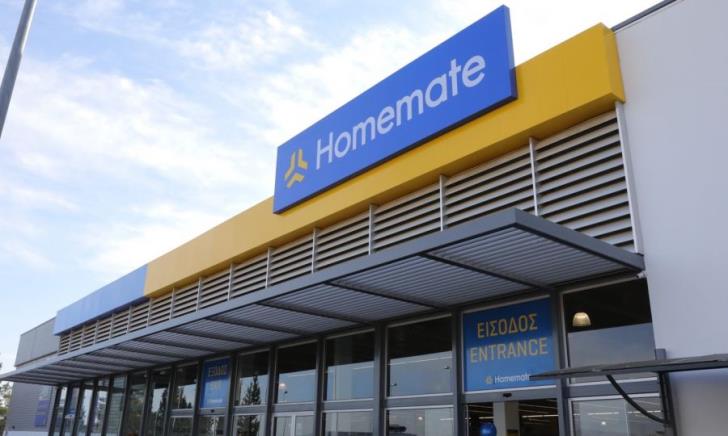 Alf Mizzi and Sons Ltd, a leading company from Malta with active participation in various sectors of the economy and presence in various countries, plans to expand fast in Cyprus.

The Group is behind Homemate which opened its doors to the public of Cyprus last November in the Lakatamia area, near the new Nicosia Mall with the ultimate goal of offering a unique home and DIY household combination. And it is already looking for a new space or store to set up a second Homemate – this time in coastal Limassol. However, no timetables have been set yet, since it all depends on the location to be chosen, according to insiders. The only certainty is that the second store will be located in the island’s second biggest city.

The Group has made clear that they are very pleased with the results of the first store so far, and that’s why they are already making plans for the second.

At the same time, the Group already informed the Commission for the Protection of Competition that they intend to buy shares into Tryfon Tseriotis Ltd, and that the investment will be carried out through ALF.

Tryfon Tseriotis Ltd provides services in sales, marketing and distribution of brands in the Cyprus market with the vision to become the pioneer in the development of the Cypriot Retail and Food Service market.

Mizzi & Sons Overseas Investments Ltd is a registered company under the laws of the Republic of Cyprus since March 2009 and is active through its subsidiaries in the market of restaurants and pizzerias as well as in the DIY market – furniture and related home products. At the same time, the Group has recently joined forces with the Lanitis Group of companies to open the Veccia Napoli restaurant in Cyprus.

Tryfon Tseriotis was created in 2012 with the merger of Tryfon Distributors and Tseriotis Consumer Goods. According to released data, the annual turnover of the company is about 25 million euros. Its main activity is the promotion, sale and distribution of consumer products and food in the market by representing brands such as Barilla, Chrysodalia, Alpen, Jacobs, Kerrygold, Weetabix etc.

Alf Mizzi & Sons Ltd (www.alfmizziandsons.com) was founded in 1915 and is one of Malta’s largest business groups with activities in areas such as consumer goods, retail, real estate, industry, catering and hotels. Besides Cyprus, it has operations in Malta, Romania, Italy, Libya and Morocco.